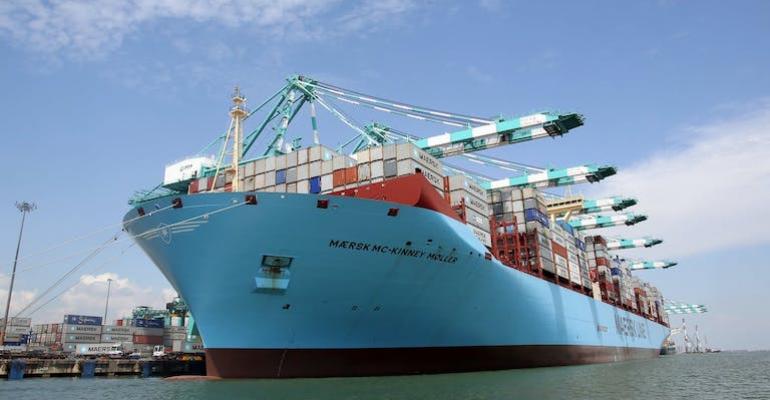 Maersk reported an underlying EBIT of $8.9bn for the second quarter but behind the 15th consecutive quarter of on-year earnings improvements, there were signs of change.

The firm’s results back analysis from Xeneta late in July, which claimed spot rates were weakening and contract rates were well up on-year and on pre-pandemic levels. What may prove crucial for Maersk and the sector is Xeneta’s forecast that a slowing in contract rate increases points to an imminent peak.

With current freight increases locked into the longer-term contract sector, any approaching drop in earnings will be spread over a longer period of time. Contract negotiations may present even more of a gamble than usual to shippers—pay a premium for the relative security of contracted volumes, or take a risk on cheaper spot rates at a time when supply chain disruption lingers.

Maersk’s results show another underlying issue for the sector which could prove troublesome should rates soften – rising costs. Total operating costs in the Ocean segment rose 18%; average bunker costs rose 74% from $475 per tonne to $827 per tonne. The cost increase translated to a 14% increase on a fixed bunker basis to $2,327 per feu. Average capacity for the Maersk fleet rose 4.1% to 4.3m teu.

As Xeneta CEO Patrik Berglund commented in late July: “The signs are clear there is a ‘shift’ in sentiment as some fundamentals evolve… It’s going to be an interesting few months ahead.”

AP Møller Mærsk CEO, Søren Skou, said of the group’s results:  “Volumes in Ocean were softer as congestion continued and the war in Ukraine weighed on consumer confidence, particularly in Europe. However, in Logistics we grew volumes above the market as our Ocean customers continue to buy into our value proposition, resulting in organic revenue growth of 36%, notching up the 6th quarter in a row of more than 30% organic growth.”

previousSix fatalities across Maersk Group in first half of 2022