With inflationary pressures leading central banks around the world to increase rates, a global recession could very well be in the cards moving forward. In such a likelihood, demand for shipping is bound to take a hit, although, it should be noted that there are a number of factors which could help prevent this, or at least offset its impact. In its latest weekly report, shipbroker Allied said that “recession fears have started to mount once again as many market pundits speculate that the latest slump in commodity prices noted over the past month is a precursor of global markets being set for a major cool down. During the first half of the year, the main worry has been over the rapid rise noted in raw material prices which had been feeding a surge in consumer price inflation.

According to Allied’s Mr. George Lazaridis, Head of Research & Valuations, “the numerous disruptions noted across global logistical supply chains, coupled by a resurgent demand, had already started to feed the inflation beast from 2Q21. Yet the situation in Ukraine sent this inflationary pressure into a massive tailspin, with energy prices leading the way and adding further problems to the macroeconomic mix, as the fast-paced rate by which crude oil, natural gas and coal started to rise, inevitably drained consumer demand levels and diverted cash flows away from economic growth activity and towards higher-priced energy imports. 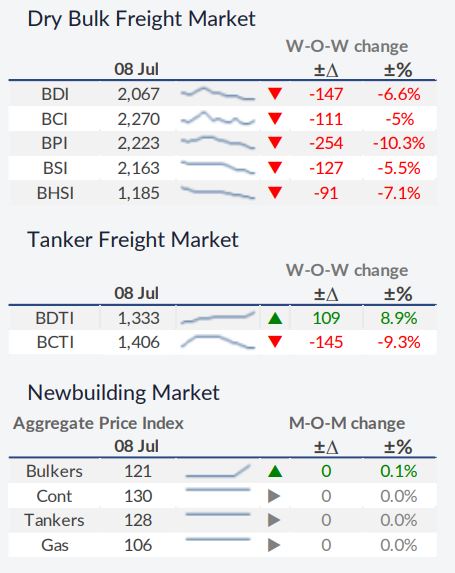 “In an effort to contain the inflationary pressures that had started to mount, central bankers started to raise interest rates, in effect putting a gradual squeeze on the money supply so as to keep prices under control. Yet it is this very decision that may well be pushing for a recession. The rise in interest rates is slowly cooling down demand for new homes, cars and other consumer products. The argument goes that this dampening consumer demand follows through to raw resources such as steel, aluminium, wood and other bulk commodities. Prices for most of these commodities have shown a fair drop over the past month, both in the physical and paper markets, possibly indicating that this trend may well be already taking place. In the case of the paper market, the outflow of money from commodity markets could well be also due to their lower appeal amongst speculators as the rise in interest rates help boost yields for other investments”, Allied’s analyst said. 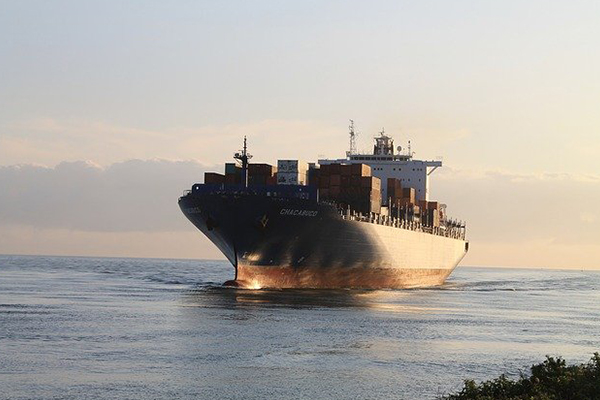 Mr. Lazaridis added that “in the case of the physical market, further hurt has been brought about this weekend by a sharp rise in COVID-19 cases across several major Chinese cities. We already had major disruptions present a month ago due to lockdown measures placed in Shanghai. A new series of lockdowns and halting of business activity across Shanghai, Guangdong, Henan, Zhejiang, Gansu and Macau would surely pack a serious punch on sentiment as well as demand for most commodities. Within shipping markets, we have already seen the dry bulk market struggle to recover much of the lost ground it witnessed during late May and most of June.

Coal (and to some extent grain) trading activity have helped cover some of the slack left behind while also causing a major shift in terms of what is traditionally perceived as a fronthaul voyage and a backhaul. Yet relying on coal for support in the freight market is risky in its own right. Energy commodities still hold a fair amount of momentum in terms of their prices and given the continued disruptions being felt as part of the situation in Ukraine, the expectation is that there is still a fair amount of support for further prices hikes to be felt. Yet given the current fragility of the global economy, further price hikes in key commodities such as coal, crude oil and natural gas, could very well tip things even sooner into a recession, which would lead to substantially lower demand growth even for these energy commodities. Given the current market sentiment and all these above factors at play, it is no surprise then that reports of a massive stimulus package of around $220 billion (similar in size to the stimulus released after the initial COVID-19 outbreak in 2020) in China which is underway to emerge in the second half of the year barely managed to shift markets at this point”, he concluded.
Nikos Roussanoglou, Hellenic Shipping News Worldwide