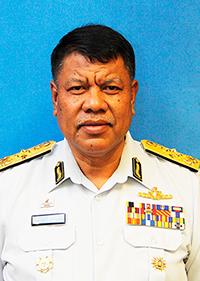 As a result, the number of maritime crimes decreased from 45 cases in 2005 to only four cases in 2017 when he retired, Japanese Ambassador to Malaysia, Takahashi Katsuhiko said.

He said this in his congratulatory speech during a ceremony on the conferment of the Order of the Rising Sun, Gold and Silver Star by His Majesty the Emperor of Japan on Ahmad Puzi for his work on maritime safety and security.

In representing the Emperor of Japan in conferring the award here yesterday, Katsuhiko said the former DG worked hard to get two patrol vessels from Japan for MMEA, set up a maritime academy for regional training for Asia and enhanced coast guard cooperation between Malaysia and Japan.

His sense of duty for Malaysia led MMEA to conduct joint exercises with the Japan Coast Guard (JCG) as well as consolidate the agency’s relationship with relevant bodies in other countries to tackle piracy and armed robbery.

Elaborating on the Malaysian’s achievements, the Japanese envoy said in a statement today that the admiral also proactively engaged in the provision of two patrol vessels “Arau” and “Pekan” from Japan to Malaysia.

In March 2016, more than 100 Chinese ships and boats were found to have trespassed into Malaysian waters and in response, the former Malaysian maritime head promptly requested Japan to provide ships and personnel capacity building assistance.

“Thanks to his energetic appeals to realise this assistance, it was decided that Japan would transfer two decommissioned patrol vessels to Malaysia,“ he said.

The agreement for the grant aid assistance was signed at the Japan-Malaysia leaders’ meeting in November 2016 and the two patrol vessels arrived in Malaysia the following year after they were refurbished.

The Japanese envoy said that since then, the patrol vessels “Arau” and “Pekan” have been playing a vital role in MMEA activities and they were symbols of the strong bilateral cooperation between Japan and Malaysia as well as Japan’s will to help Malaysia in ensuring the safety of its waters.

He contributed to the establishment of the Maritime Academy Sultan Ahmad Shah, or AMSAS, with the aim to make it a coast guard regional training centre in Asia and invited other Asian countries to join in training programmes there.

He also encouraged other countries to participate in the JICA Technical Cooperation Programme at AMSAS and his initiative has successfully led to the commencement of the JICA Third Country Training Programme on capacity enhancement for coast guard officers from this year.

“By enhancing Training for Third Countries in Malaysia, various techniques and experiences have been transferred to other countries and I’m convinced that this cooperation contributes to realising peace and prosperity in the Indo-Pacific region,“ said Katsuhiko.

Japan has dispatched experts to MMEA through the JICA to ensure maritime security and safety in this region since the agency was established in 2005.

He paid tribute to Ahmad Puzi for his invaluable contribution to deepen the coast guard cooperation between Japan and Malaysia.

Katsuhiko said Japan and Malaysia should continue to work closely together in maritime safety and security more so since both countries were this year celebrating the 40th anniversary of the Look East Policy.

“Ahmad Puzi’s contribution could be counted as an important element of bilateral relations enhanced by the policy,“ he said.-Bernama