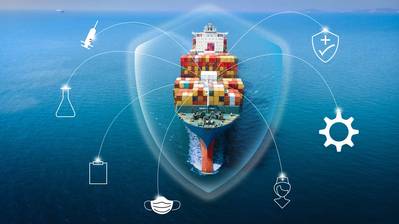 APL England, a Singapore-flagged 5,780 TEU containership, which lost around 40 containers in heavy weather off Sydney last week, has been detained by the Australian Maritime Safety Authority (AMSA).

Inspections of APL England have found inadequate lashing arrangements for cargo and heavily corroded securing points for containers on the deck, AMSA said.

“These inspection findings are a clear breach of requirements under the International Convention for the Safety of Life at Sea (SOLAS),” the authority explained.

“The APL England is currently being detained in the Port of Brisbane and the detention will not be lifted until these serious deficiencies are fixed. This is a now matter for the ship’s owner, American President Lines (APL), and the operator to rectify.”

AMSA expects the ship owner and its insurer to take full responsibility for addressing any impacts of this incident.

“We have heard today the insurer is already engaging contractors to retrieve some of the floating containers,” AMSA said on Thursday.

The incident with the APL England happened just after 6.10 am AEST on May 24, when the ship experienced a temporary loss of propulsion during heavy seas about 73 km south east of Sydney.

At the time, the ship was on a journey from Ningbo, China to Melbourne, Australia.

AMSA surveyors conducted a seaworthiness inspection to establish the structural and operational condition of the ship following the collapse of container stacks on the deck.

AMSA said that no dangerous goods appeared to be in cargo in the affected areas. There have been reports that some medical supplies, such as face masks, had been washing up between Magenta Beach and The Entrance.

AMSA’s Challenger jet has continued its search with an aerial survey of the New South Wales coastline to assist in locating and identifying semi-submerged containers in the water.

“The search identified two targets which we now know are five containers, including one set of four containers locked together,” AMSA said in the latest update.