Turkish authorities provided assistance to two Marshall Island registered bulkers that collided near the Dardanelles, a vital seaway leading from the Aegean to the Sea of Marmara. Both vessels reported damage but remained afloat and there were no injuries reported to the crew.

The Turkish Ministry of Transport and Infrastructure’s General Directorate of Maritime Affairs said that it received the report of the collision shortly before 2:00 a.m. local time on Saturday, September 18. One bulker, the Danish-owned Clipper Como, reported significant damage requesting assistance. The 11-year-old bulker (37,300 dwt) reported that is listing between 5 and 10 degrees to port and down at the bow after sustaining a midship impact in the area of its number two hold. The vessel, which measures 623 feet in length, was carrying a load of raw phosphate stone from Morocco to the Turkish port of Samsun on the Black Sea. 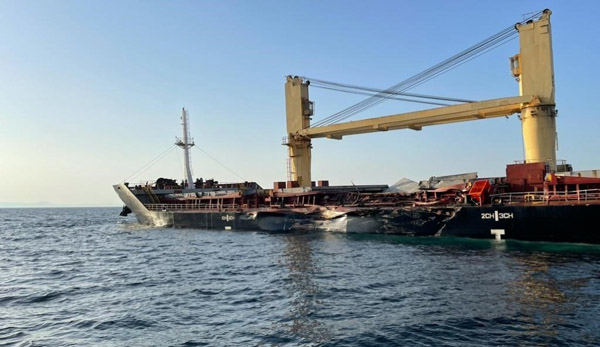 Damage to the Clipper Como (DGM)

The other vessel, the 20-year-old Greek-owned Levantes reported damage to its forepeak tank. The 76,015 dwt vessel told the Turkish authorities that it was managing the intake of water with the ship’s pumps. The Levantes was outbound from Russia bound for Egypt loaded with 66,000 MT of wheat.

A rescue boat and two tugboats were dispatched to provide assistance and a Turkish Navy corvette also diverted to the scene of the collision. The Levantes was able to proceed to a nearby anchorage and later the Clipper Como was also moved to an anchorage. Divers conducted an underwater survey and reported that neither vessel was in danger of sinking.

Turkish authorities are investigating for possible pollution. They also reported that the Clipper Como suffered a loss of cargo, but the stone was not hazardous.

Current AIS data shows that the Levantes was permitted to depart and is heading to Greece where it will undergo repairs. Turkish authorities reported that they had been prepared to evacuate the Clipper Como and now that the vessel has been determined to be stable, they are looking at the possibility of offloading at least a portion of its cargo.

An investigation into the cause of the accident is underway. 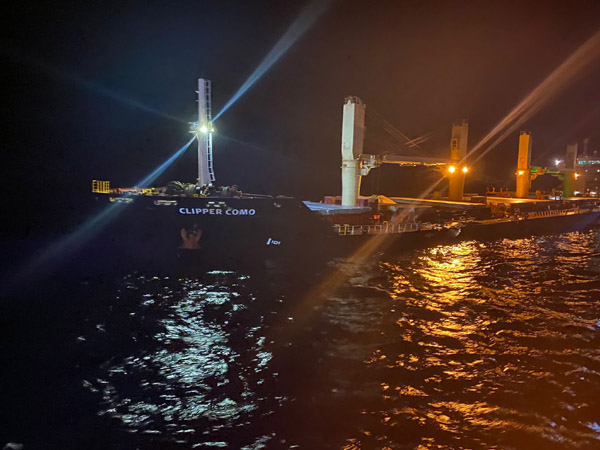