[Brief] State-owned Russian port operator Rosmorport has issued a commendation to a marine pilot who helped navigate a burning chemical tanker out of the Sea of Azov port of Temryuk last week.

According to Rosmorport, pilot Konstantin Dereberya was assigned to bring the Turkish chemical tanker Ahmet Telli into port at Temryuk on July 9. The vessel navigated into the port, but once within the complex, a fire started in the engine room. The blaze disabled the main engine, leaving the vessel adrift and on fire.

The Telli dropped anchor as a precautionary measure, but as the fire grew, it became clear that it would be necessary to move the vessel out of the port. The fire could not be extinguished and raised the possibility of an explosion aboard the vessel. This could potentially spread fire to nearby marine terminals.

Dereberya remained aboard the vessel and helped direct the operation to tow it to the outer anchorage, and for his efforts he has been awarded a commendation. Once the ship was safely outside the port, the fire was extinguished by first responders of Russia’s Marine Rescue Service.

The Telli’s chief engineer was injured in the blaze and was taken to a hospital for treatment. The injuries are reportedly not life-threatening. 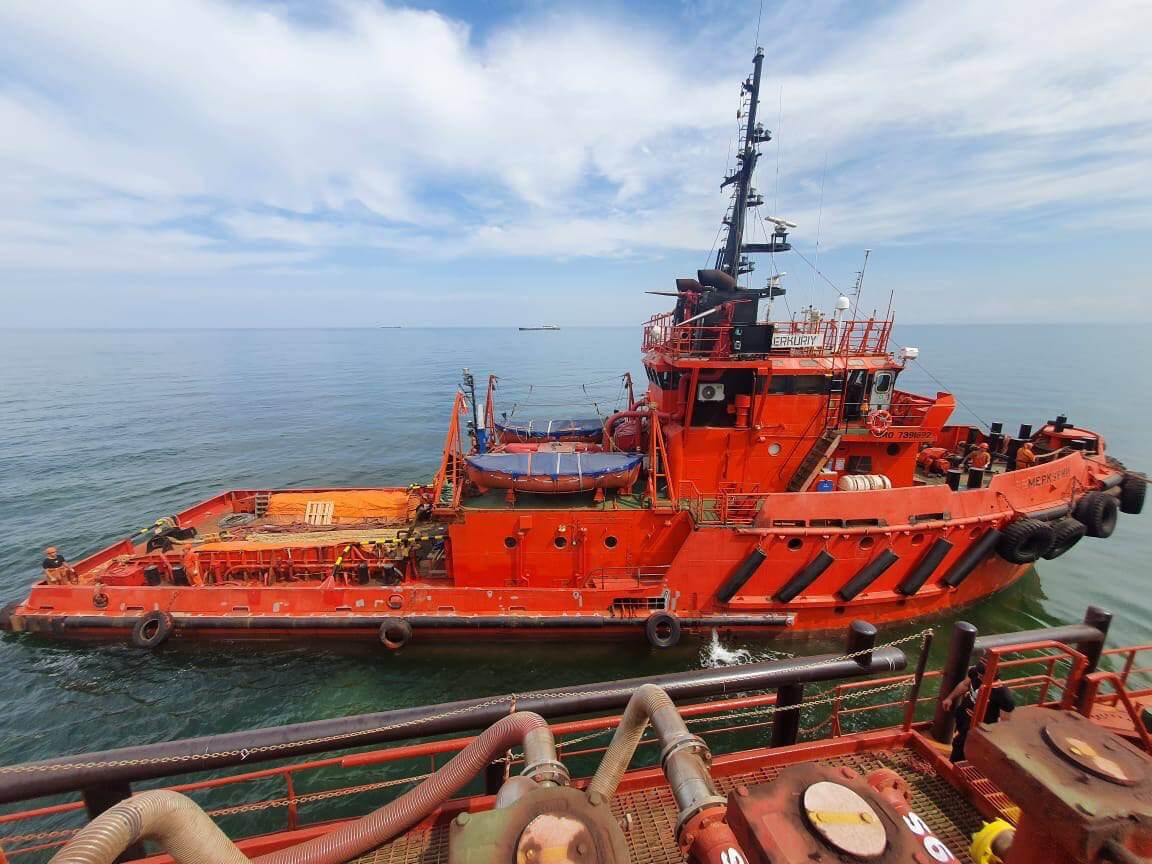 nextHHI's Avikus sails itself from the marina and back, docking and all