In what could be a major development in the commercialization of the wing-in-ground effect vehicle (WIG) technology to produce sea-skimming ferries know as seagliders, Boston-based startup REGENT Craft will be working with Bureau Veritas Marine and Offshore to evaluate REGENT’s initial designs. The goal is to achieve classification for the that which combines designs of airplanes and hydrofoils but is regulated as a ship.

REGENT reports that it has completed the first stage of the Risk Based Qualification of New Technology process as documented in Bureau Veritas. This process will lead to an Approval in Principle (AIP) of the seaglider design in 2022. BV is reviewing the designs for a 12-passenger Victory seaglider. Obtaining classification notation is a necessary milestone before commencing prototype and commercial production of a new vessel. 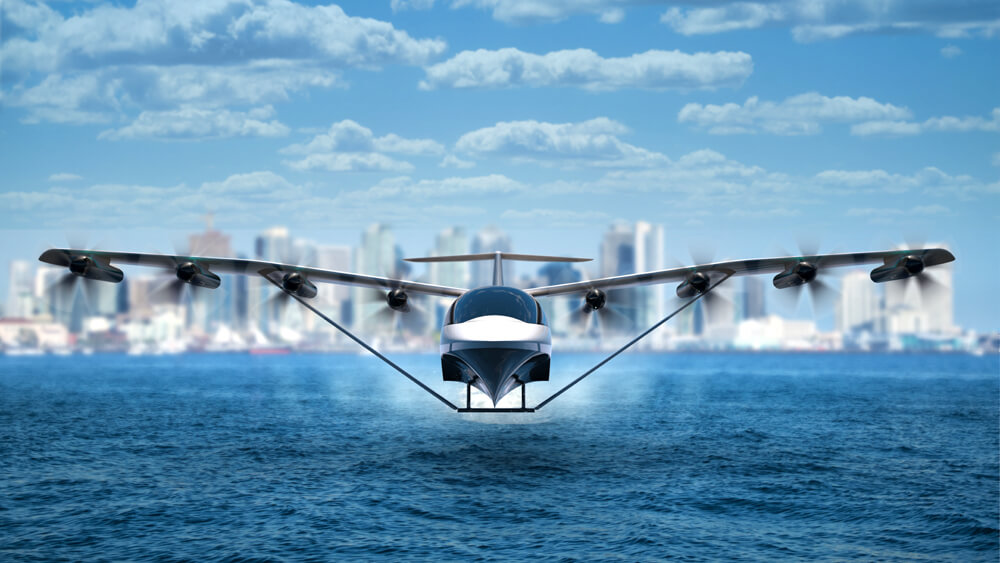 Seagliders would operate just above the surface of the water (REGENT)

“Classification of seagliders is an important aspect for our customers to operate seagliders and obtain insurance worldwide,” explained Billy Thalheimer, CEO of the company. “REGENT is excited to be working with Bureau Veritas through this qualification process given their expertise and experience with complex maritime vessels.”

According to the company, the design for an electric wing-in-ground effect vehicle incorporates the latest advancements in maritime and electric aviation to provide fast, sustainable, and low-cost transportation between coastal cities. The vessels will operate a few meters off the water’s surface and couple the high speed of aircraft with the low operating cost of vessels. With the existing battery technology, REGENT says it is possible to service routes of approximately 180 miles at speeds up to 160 knots. They believe future battery technology will make it possible to operate at ranges over 400 miles.

REGENT and Bureau Veritas have been working together for several months and have established certification acceptance criteria and the technology maturity scale that will apply to the vessel, incorporating technology readiness level, integration difficulty, and operational conditions, that will be used to determine the qualification processes that each system and subsystem will undergo and conform to before the vessel receives its classification certification.

In June 2021, Brittany Ferries, which operates crossing the English Channel and in Europe announced it had entered into a preliminary agreement with REGENT. The ferry operator said it was exploring the seaglider as a future high-speed option.