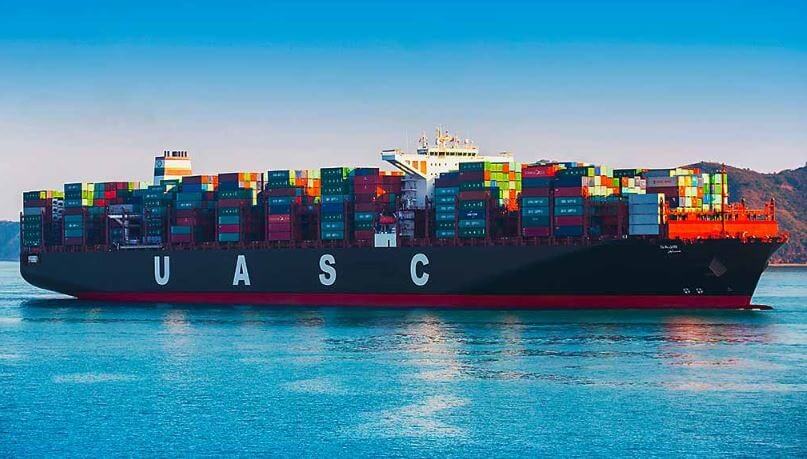 OECD figures have estimated one billion TEU in transit by 2030, with Asia leading the increase in volume. Today over 400 million lithium ion batteries and over 15 billion aerosols are said to be produced annually. All these numbers suggest that the container fire risk may get worse; it is estimated that onboard today’s largest vessels of 22,000 TEU, there is more than 4 times the risk of having that one problem container onboard and the consequences of a fire is also more than 4 times as great.

2019 produced a significant number of hazardous cargo fires onboard with the most reported being as follows:

Tacking misdeclaration may well be a first line of defense

Experts from the Gard P&I Club noted that most container fires are associated with cargo misdeclaration which remains a key industry challenge. Namely, between 2014 and 2017, Gard was involved in 13 container cargo fire cases of some significance; six cases involved calcium hypochlorite which is very common chemical product used for water purification, but at the same time it can be very hazardous. In this regard, the International Group of P&I Clubs together with CINS jointly issue guidelines that can essentially be considered “IMDG Code plus precautions”.

‘No matter how carefully cargo is booked, there will still be fires originating in containers’, Gard’s Alf Martin pointed out during a conference on containership fires in Arendal in October, suggesting that a holistic approach is vital. TT Club mentioned that approximately two out of three fire incidents are the result of poor practice in the overall packing process of dangerous goods, which are often misidentified or undeclared. Moreover, the way large containerships are constructed today poses many challenging to the crew when a major fire breaks out since the accommodation, lifeboats and rafts are in close vicinity to containers.

SOLAS and firefighting: Where we stand

Industry stakeholders have identified that the SOLAS requirements may not be adequate for today’s larger container carriers. It is also noted that there are still certain fire safety arrangements not included in the SOLAS Regulations.

‘’We believe the mode of firefighting set out in SOLAS is not suitable for a modern containership…We suggest creating individual fire compartments below deck to prevent fire from spreading. These compartments would be fitted with fixed Co2 and water-based firefighting systems.’’ alerted IUMI’s Helle Hammer.

According to SOLAS, containerships built after 1 January 2016 must have:

However, when it comes to modern large container vessels, there is no regulation demanding firefighting means when cargo on deck rises 30meters above deck level.

During the IMO’s 101st Maritime Safety Committee (MSC) meeting in June 2019, IUMI raised its concerns and received support from various quarters, including IACS. Now, in partnership with the German flag state, IUMI is calling for additional support from flag administrations and other stakeholders to bring this issue to IMO’s agenda in 2020.

In light of Gard’s conference in Arendal, Norwaty, Christen Guddal, Chief Claims Officer at Gard highlighted that serious cargo-related fires on board container ships have occurred at the rate of about one a month. The increased size and cargo capacity of container ships have a real impact on the potential severity of such incidents.

In addition, IUMI took the chance to alert on the situation and call the shipping industry to improve its existent onboard firefighting systems and seafarers’ training, as both seem to lack of efficiency in these challenging times. Helle Hammer, Chair of IUMI’s Policy Forum noted that fire-fighting capabilities onboard containerships are deficient and therefore, industry needs to see more headway to improve the safety of the crew, the environment, the cargo and the ships themselves.

The issue of mis-declaration or non-declaration of cargo seriously affects the safety implications of a vessel and result to incidents. This is because cargo areas have high potential of fire eruption, so all precautions should be taken to ensure that inflammable cargoes are kept in isolated conditions. Concerning mis-declaration of cargoes, Hapag Lloyd previously announced a penalty of USD 15,000 per container for those who fail to properly offer and declare hazardous cargoes prior to their shipment.

Previously, IUMI had launched a position paper to IMO, providing recommendations on improving firefighting systems onboard vessels as follows:

Concluding Gard’s conference, Mr Martin shared his suggestions to move forward with effective firefighting and highlighted that there is a need for much faster alarms from a cargo hold on fire; water monitors permanently installed on lashing bridges; build higher lashing bridges on deck or install “masts” to improve the reach of fire monitors; protect hatch covers by water to stop a fire going through; install water sprinkler systems in all cargo holds, not just in holds for dangerous cargoes; arrange for water curtains to protect superstructure and lifesaving craft and insulate all boundaries of the engine room in purpose- built container vessels, not just the decks.