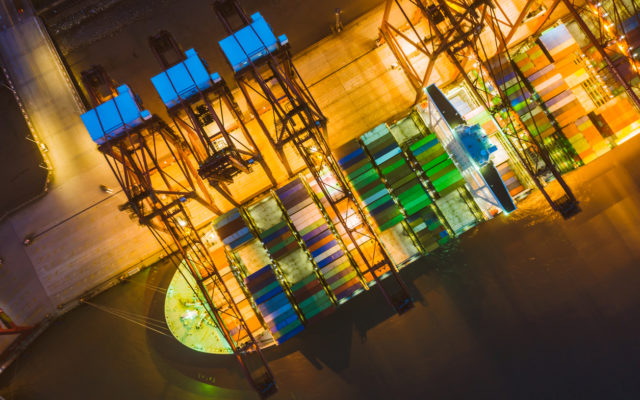 For the last several months the world has been shocked by the Covid-19 outbreak. Though first and foremost a global public health problem, its impact has extended far beyond. Economists, sociologists, psychologists, and experts from all fields have begun to analyze the changes the pandemic has wrought in their areas.

Chief among these secondary effects is the economic impact. Many economists have predicted that the pandemic will create a global economic crisis, with some even saying it will be worse than the global financial crisis in 2007 or the Asian financial crisis of 1997. Governments are being forced to take drastic measures to prepare for this potentiality, and their policy responses will extend the impact of Covid-19 even further beyond its public health epicenter.

These effects are already being felt in the realm of maritime security. Indonesia has announced nearly $590 million in cuts to its defense budget. This significant budget reallocation from the defense sector will have a direct impact on the budget of the navy, which is at the forefront of Indonesia’s maritime security and maritime domain awareness. And Indonesia is far from alone—many countries in Asia have cut their 2020 defense budgets in response to Covid-19. Thailand, for instance, has cut its defense budget by $555 million. Other key maritime countries in the region such as Malaysia, Vietnam, and the Philippines are also facing the same constraints.

These significant budget reallocations will decrease military capacity and are likely to weaken joint threat response capability as maritime cooperation and joint exercises are downsized or cancelled outright. The Philippines has already cancelled its Balikatan 2020 exercise with the United States and Australia. The U.S.-hosted Rim of the Pacific exercise has been shortened to a two-week, entirely at-sea event—a stark contrast to its five-week 2018 iteration.

Unfortunately, this hit to capacity in the region is coming just as maritime security threats appear to be intensifying. In the last few months, China has engaged in several aggressive operations in the South China Sea. In April it sent the , a Chinese government research ship, to conduct a seabed survey of Malaysia’s continental shelf. This escalated a standoff over oil and gas exploration involving both Malaysia and Vietnam that had started in December. A few weeks earlier, another incident occurred between Vietnam and China when a Chinese coastguard vessel sunk a Vietnamese fishing boat in the Paracel Islands.

Considering that these incidents occurred during the COVID-19 outbreak, China seems to be exploiting the weak positions of other claimant countries to assert its own claims. Indonesia should anticipate and better prepare for challenges to its own maritime entitlements, especially its exclusive economic zone near the northern Natuna Islands where China has often sent fishing fleets and coastguard vessels to assert its illegal nine-dash line claim.

Another potential challenge to Indonesia’s maritime security that may be exacerbated by Covid-19 is piracy. Indonesia and Southeast Asia have long been regarded as one of the most dangerous zones for piracy. More than 60 percent of all maritime piracy incidents between 1993 and 2015 occurred in Southeast Asia, with more than 20 percent of those incidents taking place in Indonesian waters alone. An economic downturn caused by the pandemic will not only impact the budgets of the military and maritime law enforcement agencies that combat piracy, but may actually trigger an increase in piracy incidents. As Robert McCabe observed, in 1993 there were only 10 incidents of piracy in Indonesia’s waters, while by 1999, just two years after the Asian Financial Crisis, the number of incidents had increased to 115—more than 10-fold in less than 10 years. Another statistic from the Regional Cooperation Agreement on Combating Piracy and Armed Robbery shows that in 2010, two years after the 2008 financial crisis, piracy incidents had increased 25 percent. These increases likely stem from a combination of strengthened economic motives to commit piracy and reduced law enforcement capacity at sea due to budget cuts. Maritime cooperation initiatives such as joint piracy patrols will also be affected by those cuts.

As Indonesia makes necessary budget adjustments in light of the economic impacts of Covid-19, it should be careful to consider the effects of those reallocations as well as the challenges most likely to materialize in the current environment. In the realm of security, Indonesia should pay special attention to threats that stand to be exacerbated both during and after the pandemic outbreak. Maritime security threats from an increasingly assertive China as well as a piracy problem that is likely to grow in the aftermath of the pandemic would suggest that budget cuts to Indonesia’s maritime capabilities will need to be carefully administered. If Indonesia can decide which capabilities to prioritize, it can mitigate the toll that these cuts will take on security in both its own waters and the region at large.

previousMaritime crew warned about scammers cashing in on Covid-19