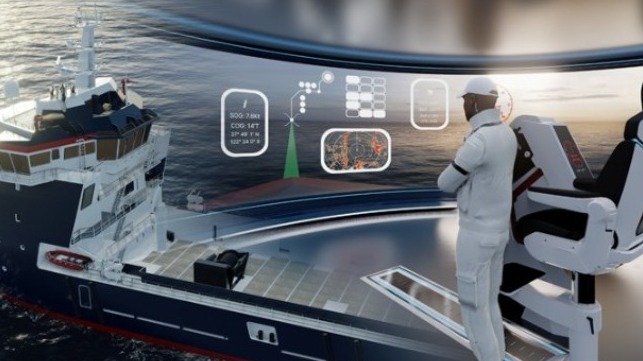 Momentum is continuing to grow for the adoption of autonomous technologies to enhance the safety and operations of ships. In the latest step to accelerate the deployment of these technologies into commercial shipping, Damen Shipyard and Sea Machines Robotics entered into a strategic alliance to further investigate the adoption of autonomous technologies starting with collision avoidance functionality. They plan to initially incorporate the technology into a broad range of ships, including workboats, patrol vessels, tugboats, crew transfer vessels, and ferries built by Damen.

Over the last four years, the Damen Shipyards Group notes that it has been investing in autonomous shipping technologies, participating in several joint industry projects to research the readiness level of the technologies. The new alliance aims at speeding up the adoption of several navigation technologies to increase autonomy levels on Damen-built vessels.

“We don’t so much see autonomous ships as unmanned ‘ghost’ vessels, plowing the oceans in silence,” said Toine Cleophas, research manager at Damen. “We foresee ships where a number of tasks are automated, allowing the crew to have a more focused approach to those tasks that still require the human element, such as the various activities that take place when the vessel arrives in the port. In some situations, a fully autonomous ship may be required, in other cases only parts of the activities will be automated to support the onboard crew, thereby increasing safety and efficiency.”

Damen will first adopt Sea Machines’ SM300 autonomous-command and remote-helm control technology in its test environment. According to Damen, this will make it possible to predict the integration complexity and system performance on any kind of vessel. By adopting this solution in software models, a digital twin of the ship becomes reality and will display the benefits of autonomous technology even before it is installed onboard.