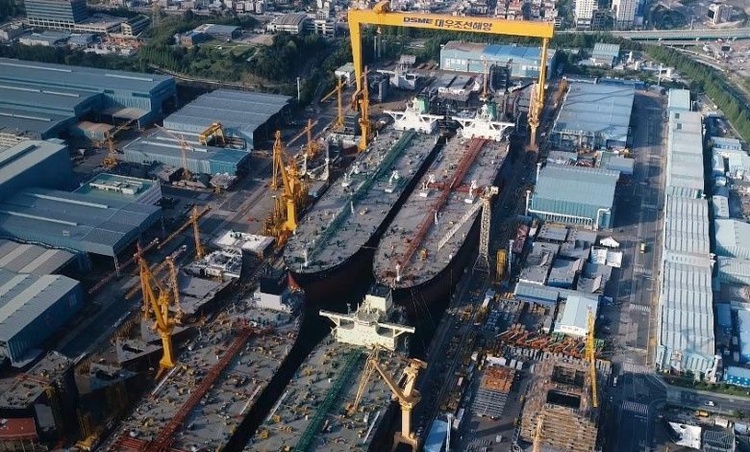 South Korean Shipbuilder Daewoo Shipbuilding & Marine Engineering (DSME) has declared a crisis due to deteriorating business conditions. The company has stated that this decision was triggered by the debt to equity ratio going up to 547% due to several issues such as the cancellation of Russian Ship orders from Sovcomflot, the price hike of raw materials, and the prolonged strike of subcontractors and workers demanding better pay and working conditions.

The South Korean Ministry of Trade has stated that the condition of South Korean Shipbuilders is strong and that they have received the most orders in volume and have the highest value orders, beating their Chinese counterparts. However, DSME has stated in a regulatory filing that their losses mounted up to more than 120% due to a series of unfortunate events such as the Ukraine war and the rising costs of building materials. On a positive note, DSME also reported that they have already booked orders worth $5.47 billion this year and, in doing so, have reached two-thirds of the target of 2022.

So, while there is no shortage of work, there is an acute shortage of workers in the industry. The industry reduced its workforce by nearly 50% in the prolonged slowdown in orders and is now facing a challenge in returning them. Especially given the low wages of the workers in this sector, which government figures suggest are about 20% lower than manufacturing jobs in the semiconductor industry.

While no salary cuts or overtime for workers in DSME have been announced, the company has stated that it wants its employees to acknowledge the problem at hand and work to navigate the company out of this crisis.