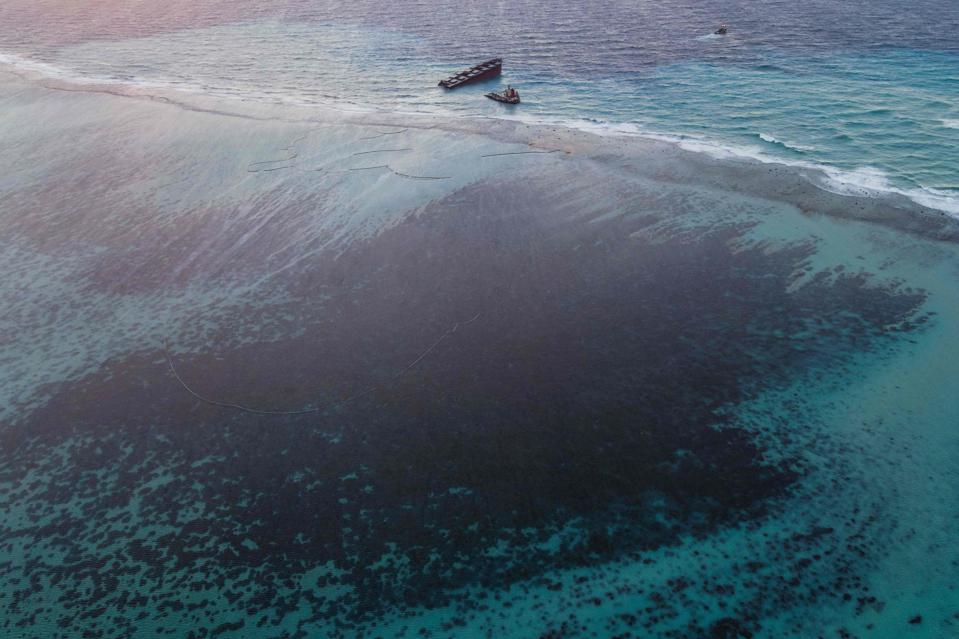 The recovery of fracking operations in the US is happening largely thanks to an unusually high inventory of drilled but uncompleted wells (DUCs), which is strong enough to sustain the current level of fracking without the industry adding more rigs to expand drilling deep into 2021, a Rystad Energy analysis shows. After DUCs run out, however, rig activity in the five key oil regions needs to be in the 280-300 range to maintain flat oil output.

Actual rig activity today is almost 50% lower than that requirement, but the industry still has about two to three quarters of leverage, based on the current DUC count, to achieve a smooth transition from a DUC-driven activity phase to a regular operations mode.

The Permian Basin, where the recovery in fracking has been most pronounced, can still accommodate 13 months of activity at last month’s pace. With a normal DUC-to-fracking ratio of about five months, it implies that Permian operators are carrying an inventory that is equivalent to eight months of fracking at the current pace.

Thus, even if drilling operations in the basin stop completely, Permian fracking can be maintained at about 200-250 wells per month through the first half of next year before the inventory size returns to normal. The nationwide DUC inventory reached a peak of about 5,800 wells before starting to decline in July.

Drilling activity fell across all major oil basins – Permian, Eagle Ford, Bakken, Niobrara and Anadarko – in the March to May period. Fracking hit a bottom in May and stayed at that low in June before recovering sharply in July. As the rig count fell steadily through to early July, and with no material efficiency gains realized in the first months of the downturn, total depth count posted a sequential decline in July with just above 200 wells drilled in all oil basins combined.

The oil basin inventory increased by about 650 horizontal wells between February and June, subsequently declining by about 140 in July. It is expected that the declining trend will last through the rest of this year, reaching pre-Covid numbers across all regions before the end of the year. Still, given that fracking remains far below the pre-Covid level, the size of the existing inventory is much higher than what should be expected for the current level of activity. 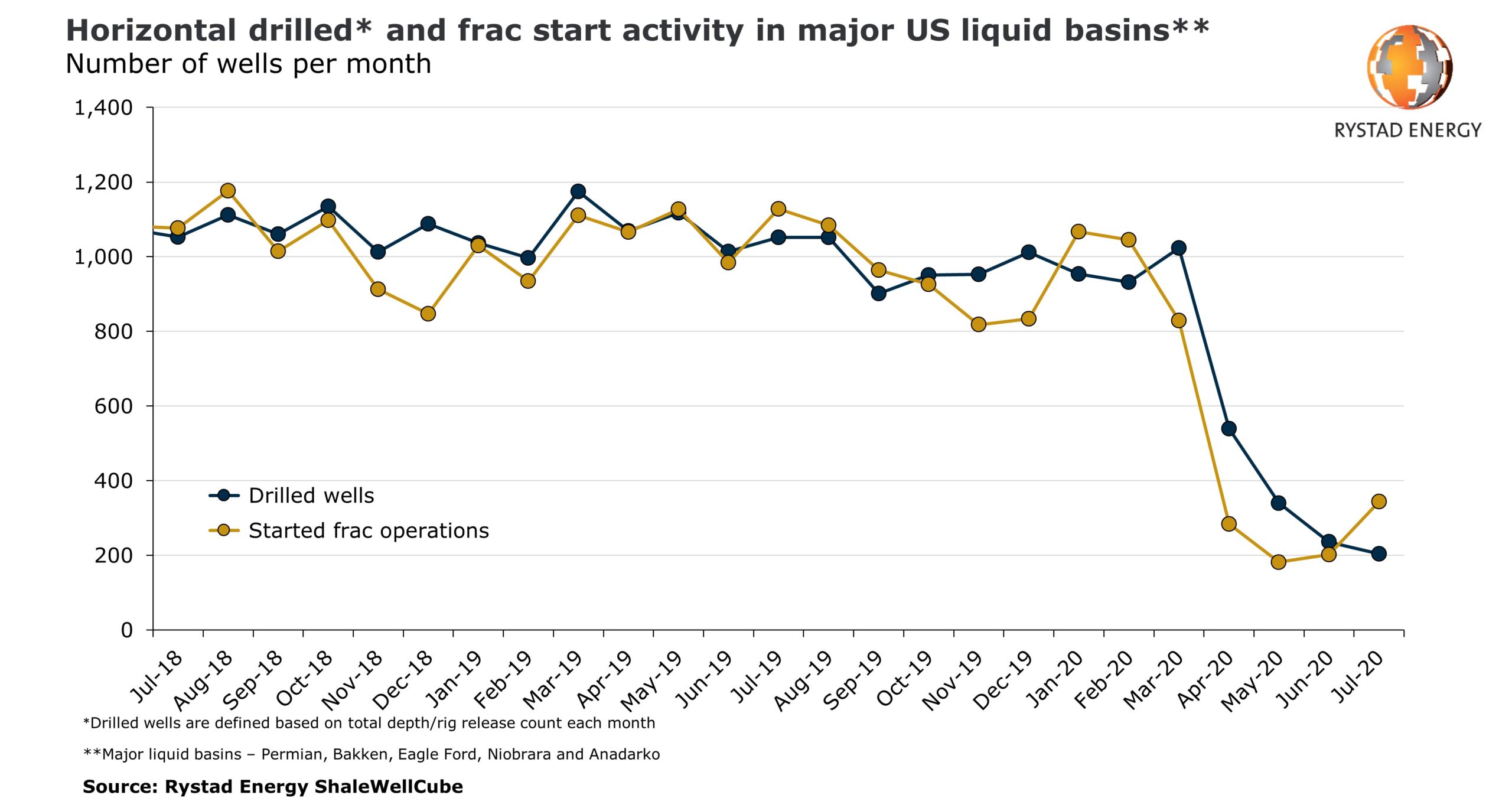 The inventory-to-fracking-run-rate ratio hovered at about five months through 2018 and 2019, widely considered a normal level based on the cycle time of a typical unconventional drilling and completion operation. In the second quarter, this ratio increased to an unprecedented level of two-three years of fracking at the current pace in all oil basins. Even after the recovery in activity in July, the inventory is equivalent to 13 months of fracking in the Permian Basin and 22 months across the rest of the regions.

The oil DUC inventory structure today is very different from how it looked just a year ago. In the Permian Basin, the share of DUCs drilled less than six months ago declined to 55% in July from 72% in the same month a year earlier. The share of DUCs drilled six to 11 months earlier increased to 24% from 9% in the same period. Hence, there are more than 700 Permian DUCs that were drilled in the second half of last year that remain uncompleted as of today – an unprecedented number in the basin’s history.

A similar picture is evident in other oil basins where the share of young wells (drilled less than six months ago) declined from 62% to 36% with many wells drilled in second half of last year remaining uncompleted. Besides the Permian Basin, there is also a material increase in the share of DUCs that were drilled 12-23 months ago, from 3% to 13%. These DUCs, however, faced an unusual challenge of persistent gas infrastructure bottlenecks in the Niobrara region in 2018-2019.

“Fracking activity for the rest of this year and early 2021 will be supported by the existing, abnormally high level of DUCs, though not all DUCs will be brought online quickly. Large, well-established operators will stay committed to capital discipline, only increasing their completion spend gradually in the current price environment,” says Artem Abramov, Rystad Energy’s Head of Shale Research.

But as the DUC inventory gets depleted, we estimate that about 190 rigs will be needed in Permian, out of the nationwide total of about 280-300, to maintain flat production next year compared with its current count of about 125 rigs.

As new well performance remains at a record high, maintenance activity requirement will follow the base decline trend. In early 2020, the industry had to put on production more than 850 horizontal wells, across the five major oil regions, to keep production flat. We anticipate that the maintenance activity requirement will fall to 450-500 wells by mid-2021.

Meanwhile, a large group of shale-focused E&Ps face financial distress or have already filed for Chapter 11 bankruptcy protection. A vast majority of these companies will not be able to return to a reasonable capex and activity level before their debt restructuring is finalized, which typically takes about six to 12 months.

For more analysis, insights and reports, clients and non-clients can apply for access to Rystad Energy’s Free Solutions and get a taste of our data and analytics universe.