California’s first at-sea, long-duration wave energy pilot is getting underway with a unique fully submerged technology. Developed by CalWave Power Technologies, the system was deployed on September 16 off the coast of San Diego and will be tested for six months with the goal of validating the performance and reliability of the system in the open ocean.

Operating fully submerged, CalWave believes its xWave architecture has unique capabilities that will contribute to the commercialization of wave energy technologies. The company says that its system achieves high performance while being able to control structural loads in rare but destructive storms on all parts of the system. Further, because it sits below the surface the system eliminates visual impact.

“CalWave’s long-duration deployment is a novel open water demonstration of a wave energy technology with active load management features,” said Jennifer Garson, Acting Director of the Department of Energy’s Water Power Technologies Office (WPTO). “WPTO is pleased to recognize this accomplishment as a major milestone for unlocking the potential of wave energy from our oceans and providing access to clean energy for the growing blue economy in the US.”

Wave energy devices work on the same principles as wind turbines or other hydro turbines the company explains. It’s a kinetic device that captures a renewable resource to produce electricity. Wave farms export power using the same electrical infrastructure as offshore wind farms. However, unlike conventional technologies that extract wave energy at the ocean surface, CalWave’s patented xWave architecture operates fully submerged at a range of different water depths and distances to shore. Its unique approach enables it to survive stormy seas and extreme conditions and allows for unique control of structural loads by eliminating excessive loads during storms.

“Wave power is the largest unused renewable resource and the third-largest after wind and solar globally,” says Marcus Lehmann, CEO and Co-Founder of CalWave. “Wave power can provide power at night and during wintertime where other renewables can’t, and so far it is completely unused.”

The Department of Energy recently published a study including an updated resource assessment and found that wave power can provide up to 30 percent of the 2019 energy consumption in the US. CalWave believes that the wave energy industry is at an inflection point has the potential to complement existing renewable energy forms to provide reliable power when no other renewables are available.

Utility-scale units can be co-located with offshore wind farms using the same electrical export infrastructure and achieve a significantly higher joint capacity factor due to the complementary production profile of wind and wave power. According to the company, the CalWave x1 is well suited for the needs of end-users of the blue economy with applications in offshore inspection, aquaculture, ocean science, and others that require access to power and data offshore.

Following the current demonstration, CalWave plans to prepare for the deployment of a larger unit at PacWave, the first commercial-scale, utility grid-connected wave energy test site in the US rated at 20 MW.

This project is supported by a US Department of Energy award. Partners including the Scripps Institution of Oceanography, the National Renewable Energy Laboratory, Sandia National Laboratories, DNV GL, and UC Berkeley have all collaborated with CalWave on the project. 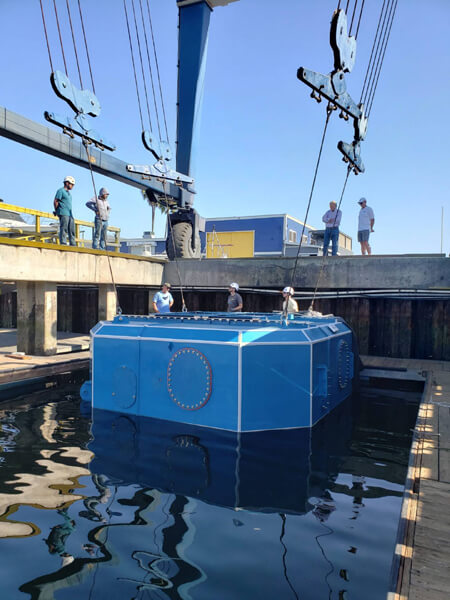 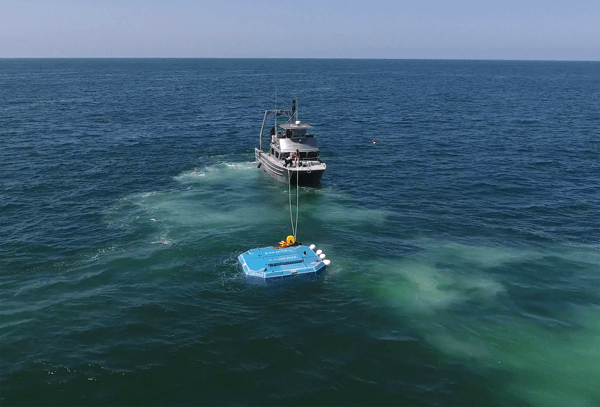 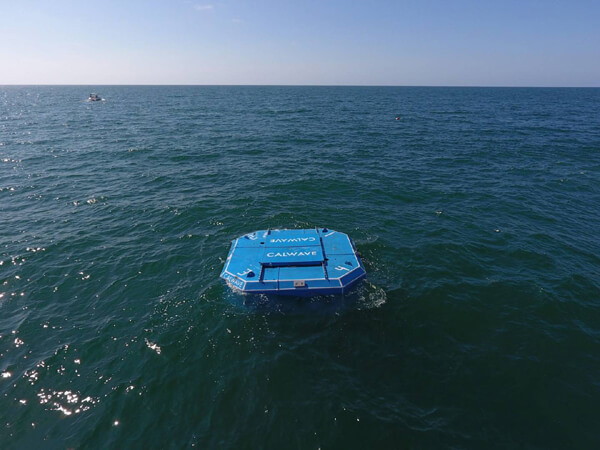 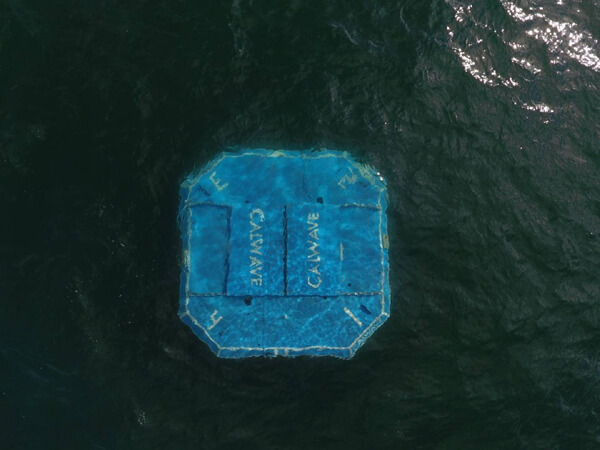