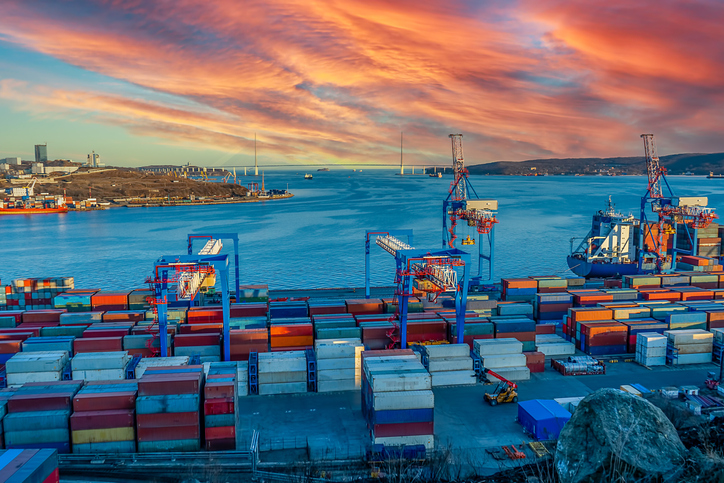 Global Ports Investments PLC (Global Ports) has registered a 22.6 per cent decline in container throughput for the first half of 2022, as Baltic ports have suffered a significant loss due to the ongoing conflict in Ukraine.

According to the company’s statement, consolidated marine container throughput of came at to 611,000 TEU, well below 2021 figures from the same period which stood at 789,000 TEU.

Global Ports is a leading operator of container terminals in the Russian market by capacity and container throughput,.

The global and local geopolitical tension and a considerable decrease of calls by container carriers to the ports of Russia have heavily impacted the company’s results.

Against this backdrop, Russia’s container market in the Baltic Basin and the Group’s terminals in the country showed a considerable decrease of container, car, and RoRo cargo handling in the second quarter of the year.

Container handling in the Far East including the terminal of Vostochnaya Stevedoring Company (VSC) was more stable although negatively impacted by COVID-19 restrictions in China, said Global Ports.

The market outlook for 2022 in the Baltic basin remains well below 2021, while Far Eastern market is expected to be more stable, said the company.

“In the Baltic region the Group is concentrating on the utilisation of its terminals with non-containerised cargo as well as on cost management initiatives while key focus at VSC is on operational efficiency on the back of growing demand on logistics chains via Far East,” reads its statement.

In May, it was reported that A.P. Moller – Maersk was in talks with potential buyers for its stake in Global Ports.

The news came as the Danish giant withdrew from Russia.