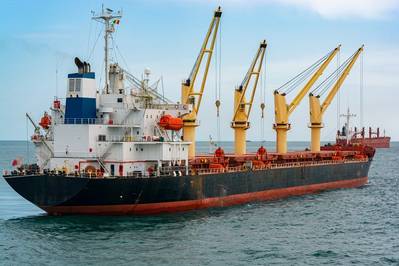 The Baltic Exchange’s main sea freight index rose on Thursday as an uptick in rates for smaller panamax and supramax vessels offset weakness in the capesize segment.

The overall index, which factors in rates for capesize, panamax and supramax shipping vessels, was up 5 points, or 0.24%, at 2,118 points, snapping two sessions of losses.

Dalian and Singapore iron ore futures dropped as investors shifted their focus back to gloomy China demand outlook after a short-lived boost from the latest government rhetoric on economic stimulus.

However, the International Grains Council trimmed its forecast for 2022/23 global corn output, largely driven by drought stress in the European Union.

previousHow vulnerable is your vessel to flooding?