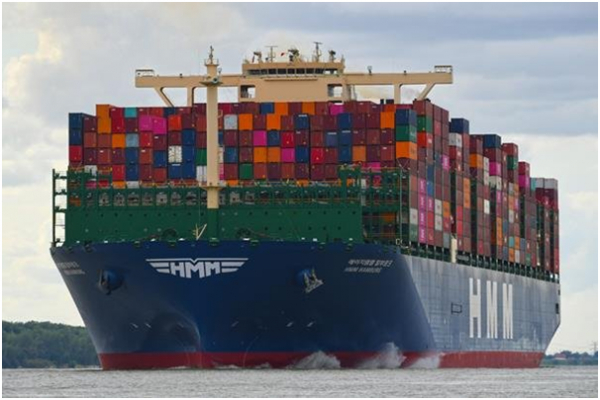 HMM, Korea’s largest shipping company, plans to expand its capacity from the current 820,000 TEUs to 1.2 million TEUs by 2026 and invest 15 trillion won in strategic shipping assets during the next five years.

HMM announced a mid- to long-term strategy at its main office in Yeouido, Seoul, on July 14. It marked the first time in 10 years that HMM announced such a large-scale investment plan. The company has been under the control of its creditors, including the Korea Development Bank, since 2016.

HMM posted operating profit of 3.1486 trillion won in the first quarter of 2022, setting a record for six consecutive quarters since the fourth quarter of 2020.

The company plans to secure logistics infrastructure such as terminals to expand its profit base and expand its shipping routes.

To promote balanced growth between its container and bulk businesses, HMM will dial up its bulk ship fleet from the current 29 vessels to 55 by 2026.

The expansion will include large ships that are needed to secure shipping alliance routes, medium-sized ships targeting emerging markets and small ships mainly for Asian routes.

HMM will also strengthen environment-friendly logistics services under the goal of reaching carbon neutrality in 2050. The shipping company has replaced ship fuel with low-sulfur oil and installed scrubbers to reduce carbon emissions. In addition, it plans to make efforts to secure eco-friendly fuel-based low-carbon ships, such as LNG-powered vessels.

An HMM official said the company has not yet discussed the timing or method for privatization with its major shareholders.