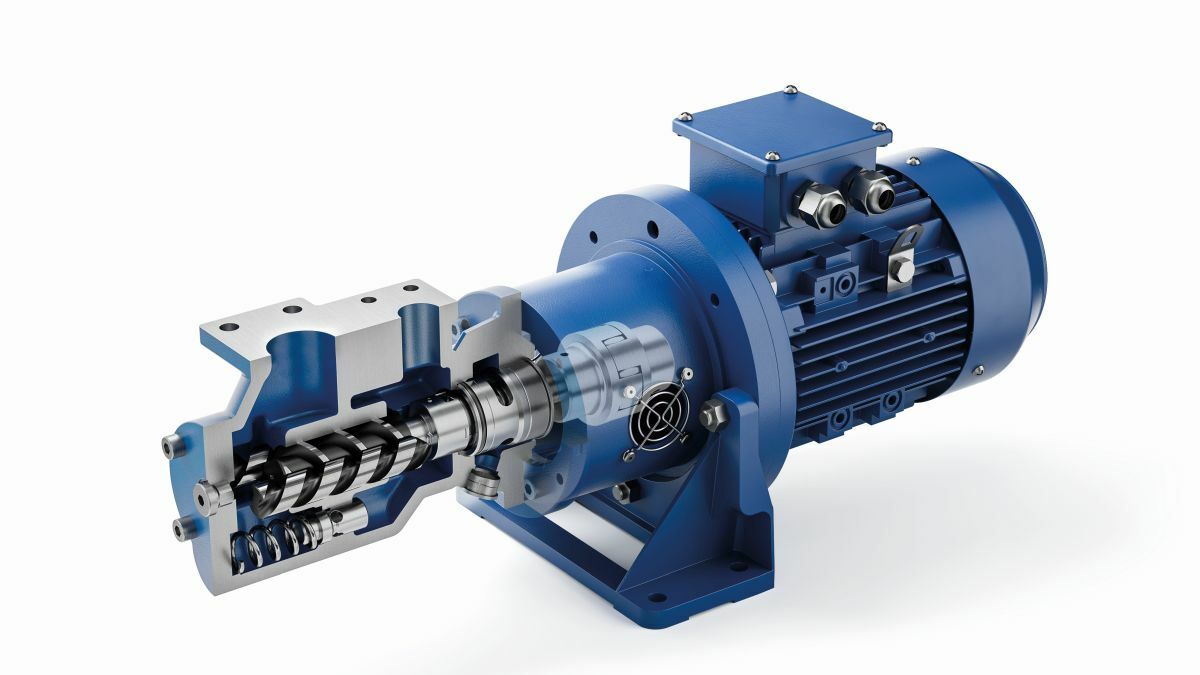 Key to the balance of plant equipment in the engineroom, pumps are enablers of broad technological trends in shipping. Recent pump technology and application has sought to satisfy requirements for efficiency, fuel flexibility, exhaust gas cleaning system duty, and the use of sulphur cap-compliant fuels.

Since fuel costs can account for more than half of ship operating cost, efficiency has always been a driver in pump innovations. But with new measurable efficiency indices in place to drive down carbon emissions, pumps are contributing to achieving that goal, too.

The efficiency of engineroom pumps can vary by as much as 10 percentage points, says Desmi key account manager John Nielsen. He adds that although space is at a premium on board, prioritising efficiency in piping design and other engineroom infrastructure can greatly offset upfront sacrifices with savings in future. “Too often, we see corners cut in piping design, and it can seem easy to save money by choosing cheaper, smaller-diameter pipes for your newbuild,” says Mr Nielsen. “But, over time, higher pressure in the pipes reduces the lifetime of both the piping and the associated equipment, resulting in much higher long-term costs by way of unnecessary maintenance or even loss of equipment. Cavitation, for example, can demand early replacements, which could be avoided by choosing the optimal pipe sizes during installation,” he adds.

Mr Nielsen cites a recent Green Ship of the Future study to show that pumps can play a significant role in achieving IMO efficiency mandates, and discusses the DESMI OptiSave pump/fan control system that can optimise pump and fan operating speeds. In times of slow steaming and engine derating, pump operational profiles can be optimised to sync with the overall vessel operational profile, so they do not have to work harder than they have to. Mr Nielsen, though, warns that many shipowners are still lukewarm about leveraging new technology to boost overall plant efficiency through pumping technology. He says familiarity with old designs is often the overriding selection criterion.

Meanwhile, the scrubber market may have ground to a standstill due to the Covid-19 pandemic and the low cost of compliant fuels, but Iron Pump is gearing up with new products for an expected second wave of scrubber demand.

The first wave of scrubbers was dominated by retrofits, which meant varying project parameters. Moving the scrubber pump from one deck to another, as may be required for a particular retrofit, may change the power requirement for the pump significantly, which has an impact on first and service costs. Scrubber capacity regulation during operation is a challenge and it directly impacts control of the scrubber centrifugal pump. Parallel operation of two or more pumps requires optimal programming of the frequency controls because the work has to be divided among the pumps. The second wave of scrubber pump selection and operation will incorporate lessons from the first wave. 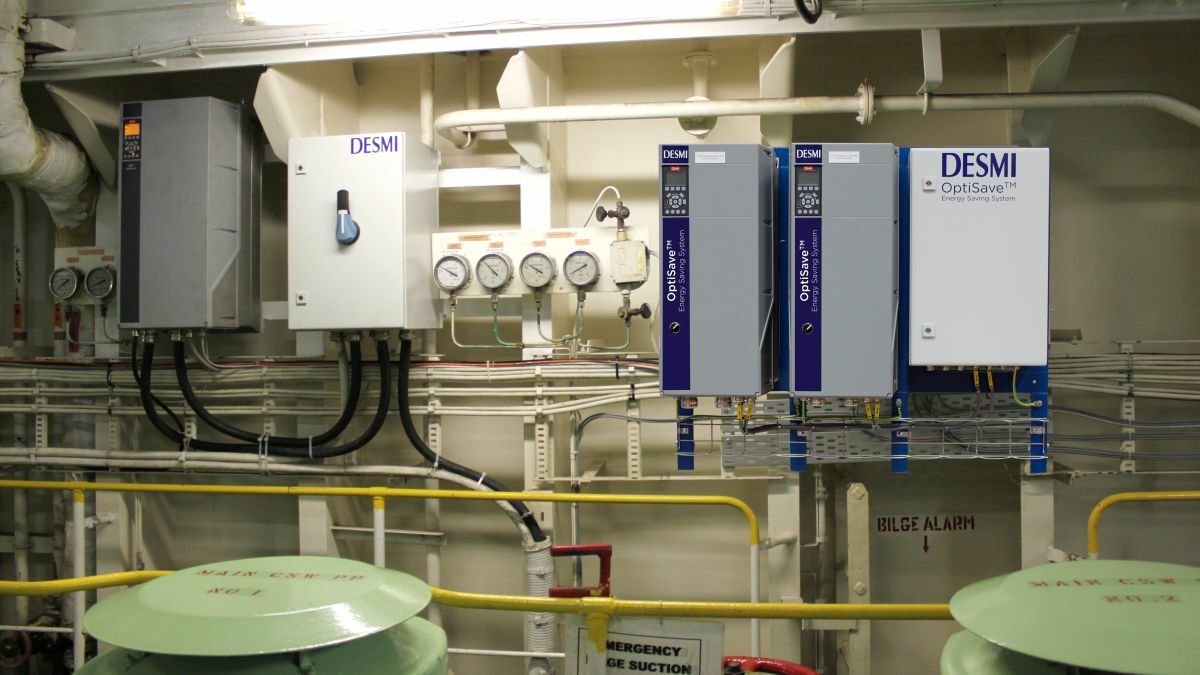 Among the promising pathways for decarbonisation of shipping is the use of renewable energy to power processes that produce carbon-neutral fuels. While the phasing in of these fuels will take several decades, ships that are being built this decade will likely see decarbonisation. With the ability to meet current IMO emission standards and significantly reduce NOx emissions up to 85% and CO2 emissions by 20%, liquefied natural gas (LNG) is touted as a transition fuel. This would mean equipment and systems used in ships coming out of yards today may need to handle a different set of fuels in the future. This calls for greater fuel flexibility in equipment.

In 2016, Svanehøj launched a new deepwell fuel pump for gas. The Svanehøj DW Fuel Pump has been developed for LNG, but it is fully compatible with other liquid gas fuels, such as ethane and LPG, as well as synthetic carbon-free electrofuels, such as ammonia and synthetic natural gas (SNG).

The Svanehøj DW Fuel Pump is a long-shafted cryogenic deepwell, multistage centrifugal pump designed for continuous operation with variable-speed drive. All electrical components, including the motor, are situated outside the tank, which means that excessive heat from the motor does not increase boil-off gas and pressure in the tank. The pump is built with a five-year/25,000-hour service interval, and maintenance is made easy with bearings situated outside the tank. The motor and outer Magdrive can be removed and serviced at any time. When the static seal is active, the main bearing and inner Magdrive can be serviced, even with gas in the tank. The pump can be installed in a caisson pipe with a retraction system, which enables pumps to be extracted for maintenance, even with liquid gas in the fuel tank. The pump can be lifted in one piece or in sections of 700 mm.

The technological changes brought about by the sulphur content rules extend to fuel-handling systems such as fuel pumps. Sulphur is important for the lubrication quality of fuels. Low viscosity and poor lubricity may damage the fuel pump. Compliant low sulphur residual fuels have poor lubricity, and the quality of fuel varies with the blend and the bunker supplier.

Screw pumps used for fuel pumping in the engineroom need lubricity of the pumped medium to reduce friction, especially at high pressures. Two types of wear may result in low sulphur fuels: adhesive and abrasive wear. Adhesive wear may lead to scratches, grooves, scoring and the formation of crests on the screws. When adhesive wear reaches a certain point, the pump drive can no longer move the screw against the surface of the pump housing.

Abrasive wear leads to material removal mainly in the screw bores. This increases the internal backflow, and the pump can no longer maintain the required system pressure. The pump runs, but the flow rate significantly decreases.

To prevent this, the surface hardness of the pump components can be increased. Due to the high process temperatures, certain hardening processes can lead to distortion of the components, which is impossible to correct, rendering the components unusable.

Screw-pump manufacturer Kral has a simple solution to abrasive wear. It applies a binding coating to the metal screws used in Kral pumps. Through this coating the screws receive a strongly hardened surface with much less friction.

The friction coefficient of the coated screws in Kral pumps is reduced by a factor of 10. At the same time the screw surface achieves a high degree of hardness.