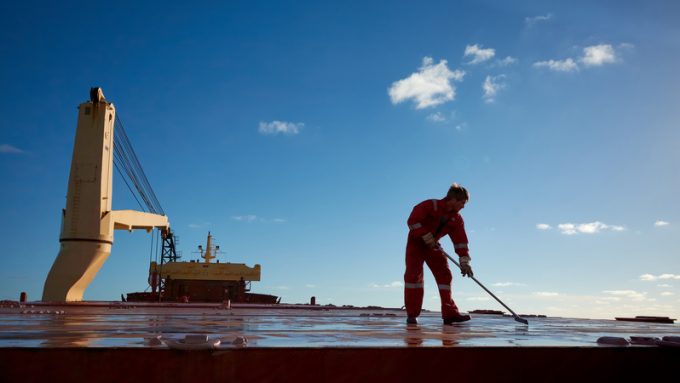 There were renewed calls for governments to consider seafarers’ welfare today, as the International Maritime Organization (IMO) celebrated its Day of the Seafarer.

“Just like other key workers, seafarers are on the front line in this global fight. They deserve our thanks, but they also need – and deserve – quick and decisive humanitarian action from governments everywhere at all times,” Mr Lim said.

The UN body has drawn up a set of crew change protocols to allow seafarers to embark and and disembark ships safely during the pandemic.

The World Shipping Council said: “We applaud those countries that have taken action and demonstrated to the world that crew changes can indeed take place safely. We urge all nations that have not yet acted to do so immediately, and to use the IMO crew change protocols.

“Moreover, we remind all nations that seafarers are key workers and need to be designated as such.”

Meanwhile, the UK government used the occasion to announce that it would hold the first international summit on the repatriation of stranded crews.

Maritime minister Kelly Tolhurst said: “Seafarers have worked tirelessly during this pandemic to ensure people across the globe can access the essential food, medicine and supplies, but thousands have been left with no way of coming ashore when faced with border restrictions.

“This government has helped more than 7,000 crew get home to their loved ones across the world, regardless of nationality or circumstance.”

Guy Platten, secretary general of the International Chamber of Shipping, said: “The fragile supply chain and global trade is now at threat of logjam due to government inaction and bureaucracy.

“Government leaders must cut through the bureaucracy, lift the continuing imposition of travel restrictions on these key workers and focus on this issue now.

“The solutions do not need money; they do not even need complicated negotiations, this is simple. The leadership provided by the UK to cut through this red tape is just the sort of initiative that is needed to free the thousands of seafarers who are trapped onboard ships across the world,” he added.

According to charity Seafarers UK, hundreds of thousands of seafarers are “currently stranded on merchant ships, with crew changes curtailed due to restrictions imposed by governments”.

It said: “Many seafarers of all nationalities have been compelled to work beyond their contract end dates, with shore access denied at most ports on global trade routes.

“As a result, seafarers’ medical conditions are going untreated, pastoral and other visits by port chaplains and welfare workers are banned, and access to free communications is infrequent.”