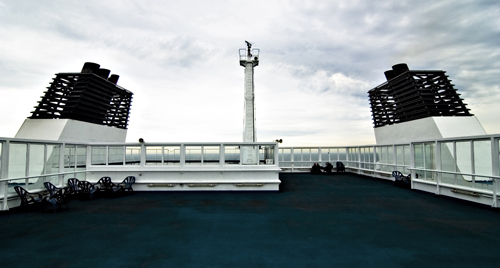 A hastily adopted compromise decision that was taken without any impact assessment, despite the risk that it will negatively affect the environment and the health of Europeans.

In early April the International Maritime Organization (IMO) decided to abandon the fixed start date for the stricter Tier III emission standards that will apply to new ships when plying in NOx Emission Control Areas (NECAs). Instead, the IMO will replace the 2016 application date with flexible provisions for any NECAs established after that date.

The law on NECAs, including the 2016 application date, was adopted unanimously by the IMO in 2008 as part of the revision of MARPOL Annex VI, the global instrument that regulates air pollutant emissions from international shipping.

The North American NECA, which has already been approved and adopted, will not be affected and here the Tier III standards will apply as from 2016.

However, over the last few years, the countries surrounding the Baltic Sea and the North Sea have been preparing submissions to the IMO in a move to get these two sea areas – which are both already designated as Sulphur Emission Control Areas (SECAs) – also designated as NECAs. The new amendment means that delays in the adoption of these, or any other, sea areas as new NECAs will result in even higher NOx emissions.

“The IMO’s decision to delay NOx regulations is a serious setback for efforts to tackle the biggest source of nitrogen oxides in Europe, which is an invisible killer causing cancer and lung disease,” said Bill Hemmings, programme manager for shipping at the green group Transport and Environment (T&E).

The outcome was, however, welcomed by Russia, which last year proposed a five-year delay for the entry into force of the Tier III NECA standards. Russia has for some time now also been blocking a decision by the Baltic Sea countries to submit the Baltic Sea NECA proposal to the IMO.

Some countries argued that without a delay for the Tier III standards for new NECAs, the prospect of having a NECA approved in the near future for the Baltic Sea would be slim, and that the same might apply to other prospective NECAs as well.

“It remains to be seen whether this decision will enhance the prospects for the establishment of NECAs in the Baltic and North seas. If such applications are not soon forthcoming, it may have the reverse effect of hastening the need for retrofitting of ships serving ports in Europe in order to curb growing emissions. We urge the Baltic and North Sea countries to submit their applications for new NOx emissions control areas as soon as possible,” Hemmings concluded.

The Clean Shipping Coalition pointed out that the decision risks bringing the IMO’s credibility as a regulatory body into question, making future negotiations at IMO more difficult and protracted, as negotiators will have no assurance that agreements made today will be respected tomorrow. Moreover, it may signal to shipowners and manufacturers of engines and after-treatment technologies that the IMO rulemaking process is arbitrary and that adopted IMO regulations cannot be relied on but should be treated as provisional only.