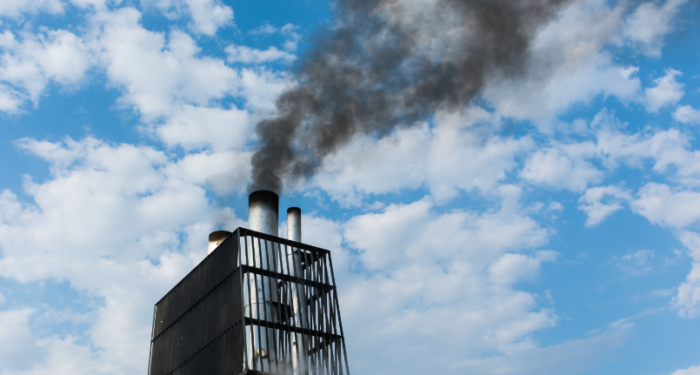 The move by the International Maritime Organization (IMO) to introduce a 0.5 per cent sulfur limit on fuel oil from January 2020 poses the largest and most disruptive change that the shipping and oil refining industry have had to face. Despite these global challenges, India’s modern oil refiners have undertaken long-term investment in coking capacity leaving the sector well positioned to thrive by producing more valuable clean products over less attractive high sulfur fuel oil.

In less than 10 months, we forecast an immediate drop of more than two million barrels per day (b/d) of high sulphur fuel oil (HSFO) demand as shippers switch to low sulfur fuel oil or Marine Gasoil increasing the demand for diesel/gasoil by over two million b/d. In the short term, we estimate the cost of compliance for shipping to be $60 billion.

At face value, the direct impact of higher shipping costs on consumers should be limited. A large container fleet ship transporting trainers from East to West, the consumer is looking at a price rise of less than four cents.

But, what will hit the consumer is an estimated increase of $5 per barrel to $7 per barrel in the price of Brent crude driven by increased refinery runs in 2020. This will most likely impact consumers at the pump as they refuel their cars, leaving them with less money in their pockets at the end of each month to spend on discretionary items such as trainers, going out for a meal, or taking a holiday (especially as higher jet fuel prices will make flying more expensive). Increased crude prices will also hit industry, meaning the impact will be felt across the whole economy. Global trade will slow down, which will affect container ship profits as utilisation falls.

However, the question remains what will happen to high sulfur fuel oil, an inevitable byproduct of the refining of crude oil?

Many have accused both the shipping and refining industries of having their heads in the sand about the unwanted quantities of HSFO. One avenue for the surplus HSFO is power generation in parts of the world with less stringent sulfur restrictions and more innovation in wider industrial uses of fuel oil, for example, desalination plants in the Middle East are already establishing a bulwark for this market. However, the shift to power generation will not account for all of the HSFO surplus and refineries will only change their configurations with the right economic incentives.

Of course, the irony of all this is that legislation intended to reduce sulfur dioxide emissions, especially where it has a health impact (close to coastlines), has simply pushed some of it into static sources such as power plants, which tend to be closer to populations.

As for shippers, installing scrubbers to remove the sulphur dioxide and dirtier particulates will also allow for continued demand for HSFO. We believe the market will not need much more than 6,000 ships to be fitted. At this level, the amount of demand for HSFO would increase to above 1.5 million b/d, which in itself would tighten the HSFO market, pulling supply back out of power plants and back into marine fuel oil. At this point, fuel oil would price back up to the breakeven point for ships with scrubbers to burn fuel oil over gasoil. In other words, the disruption and price volatility should be temporary.

The main problem the shipping industry has to address is how it will cope with an unfamiliar set of new fuels in 2020. There is some uncertainty about the new 0.5 per cent sulfur blends the refining industry is developing, with wide range of products expected to be on offer.

Fuel oil suppliers will need to supply a range of fuels from HSFO, marine gasoil and a range of 0.5 per cent sulfur blends, creating even more complexity to fuel management and supply chains, especially on bunker barges.

Indian refineries are relatively well positioned to deal with challenges associated to changes in IMO specifications owing to their modern configurations, which will enable them to produce more clean oil products like gasoil/diesel than dirty products such as fuel oil.

State-owned Indian Oil Corporation, for instance, has already carried out detailed tests to advance the production of low sulfur fuel oil compliant with IMO’s 2020 rule and aims to start supplying cargoes commercially from September 2019. However, the dual impact of India’s on-road diesel and gasoline tightening to 10 parts per million sulfur nationwide in April 2020 will require more refinery upgrading.

The duel challenge of on-road lower sulphur and the change to marine fuels will all result in higher gasoil prices but will be a double hit for Indian consumers not only feeling the impact of higher gasoil and gasoline prices from IMO but also from the tighter product quality specification.

Previously, Indian refiners were able to take advantage of the quality arbitrage. Outside of India’s domestic market, less availability of ultra-low sulfur diesel from India for exports in 2020 and onward might tighten the supply to the European Union, adding to the sulfur needed to be handled. Another consequence of desulphurisation stemming from IMO rules will the creation of sulphur creating opportunities for other industries such as fertilisers.

previousWhy ammonia may be part of the future fuel mix

nextRohde & Schwarz Contributes To Enhanced Maritime Safety In The Philippines