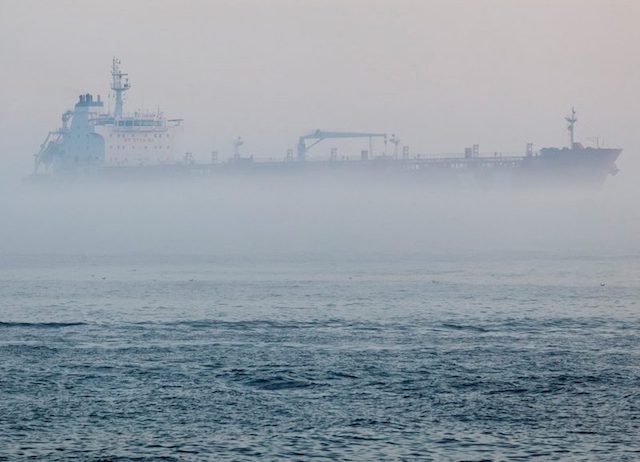 He added that the vessels are suspected of a variety of infractions, including:

– Turning off their identification systems.

– Oil spillage, affecting the seabed in a bloody manner.

– Sixty-one crew members from both vessels have been arrested.

In addition, the International Maritime Organization requires ships to use transponders for safety and transparency reasons. Crews can turn off the devices if there is a danger of piracy or similar dangers. But transponders are often turned off to hide a ship’s location during illicit activities.

The Iranian territory that has been characterized as possessing large oil and natural gas reserves, has found its overseas sales deeply affected by US sanctions after former President Donald Trump unilaterally withdrew the US from Tehran’s nuclear deal with world powers in 2018.

Iran’s regularly traveling fleet of state-owned tankers turn off their Automatic Identification System trackers to try to cover up where they deliver their cargo. Those AIS beacons, a security measure to let other ships know what is around them, can be tracked. The analysts say these ships often transfer their oil to other vessels, and use false excuses to then sell the oil.

next30-Day Suspension for Pleasure Craft, ADVANT, for Large Social Gathering On Board