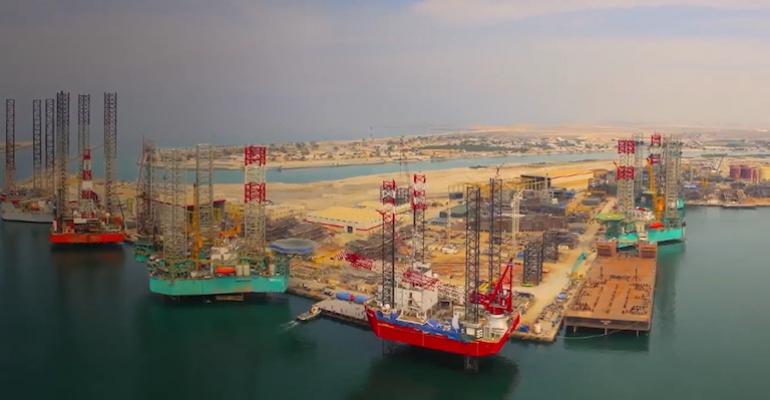 Lamprell said it had reached agreement on the bid with Thunderball Investments, a new company formed Blofeld Investment Management and AlGihaz Holding, major shareholders in the London-listed shipyard.

Thunderball has offer £0.09 per share for Lamprell which values the company at £38.8m, assuming the exercise of full rights under a share issue plan.

Blofeld holds a 25.5% stake in Lamprell and is associated with the yards joint venture partners in Lamprell Saudi Arabia. Sami AlAngari, a person acting in concert with AlGihaz.

As part of the offer Maverick Investments, a company controlled by the AlSayed family and AlGihaz has extended a bridging loan facility of up $145m to Lamprell Energy, which is available to be drawn down in tranches.

Lamprell faces “urgent and severe liquidity constraints” with funding obligations of $95m due by end July. It also has medium-term financial commitments of $164m.

The bidder plans to take Lamprell private, delisting from the London Stock Exchange on completion of the takeover. “Operating as a private company with a simplified corporate structure and a reduced regulatory burden, Lamprell will be able to benefit from the elimination of the numerous costs associated with maintaining a UK public quotation as well as the removal of the short-term financial expectations of the market,” it said.

The bidder said it believed in: “Lamprell’s high quality pipeline has the potential to convert into a high margin backlog and believes that the market segments in which Lamprell operates are underpinned by positive long-term fundamentals.”