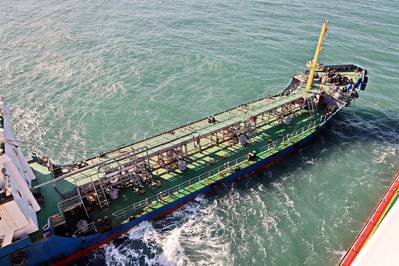 The importance of issues related to ship scrapping and the need to regulate them was recognized by the international community as early as in the 1980s. Ships are considered waste after the end of their operation and as such are subject to the Basel Convention of 22 March 1989 on the Control of Transboundary Movements of Hazardous Waste and their Disposal and the Regulation (EC) No. 1013/2006 of the European Parliament and of the Council of June 14, 2006 on shipments of waste. The Regulation implements the provisions of the Basel Convention, as well as an amendment to this Convention (adopted in 1995), which has not yet entered into force at international level, and which introduces a ban on the export of hazardous waste to countries that are not members of the Organization for Economic Cooperation and Development (OECD). Ships are normally classified as hazardous waste and their export from the European Union for recycling purposes to plants located in non-OECD countries is prohibited.

The issue of limiting the negative impact of the ship recycling process on human health and the environment and preventing accidents, injuries and other adverse events, as well as increasing safety, protecting human health and the marine environment at every stage of the ship’s life cycle, in particular by ensuring the ecological management of hazardous waste from ship recycling, was reflected in the International Convention for the Safe and Environmentally Sound Recycling of Ships, adopted under the auspices of IMO on May 15, 2009 in Hong Kong. It is worth emphasizing that the Hong Kong Convention is the result of cooperation between IMO, the International Labor Organization (ILO) and the Secretariat of the Basel Convention. The agreement reached in 2009 to provide an efficient and effective solution to the problem of harmful and hazardous ship recycling can be considered as an action aimed at introducing mandatory requirements in this respect at the global level.

The Hong Kong Convention covers the entire life cycle of a ship: regulates the design, construction, operation, including modernization and reconstruction, and preparation for recycling to facilitate safe and environmentally sound scrapping, without compromising the safety and operational efficiency of a ship. It also regulates the safe and environmentally sound operation of ship recycling facilities and establishes control and enforcement mechanisms for ship recycling.

The Hong Kong Convention will enter into force 24 months after ratification by at least 15 countries, representing 40 per cent of world merchant shipping by gross tonnage, and the combined maximum annual ship recycling volume over the previous 10 years will be no less than 3 per cent of the gross tonnage of the total merchant fleet of these countries. Unfortunately, eleven years after the adoption of the text of the Convention, none of the above conditions has yet been met.

Ship recycling has also become the subject of work of the International Organization for Standardization (ISO), which has published a series of ISO 30000 standards. This series is a kind of guide on ship recycling, with references to issues related to safety, health and environmental protection. ISO activities in this area are focused on supporting IMO in pursuing the goals set by the Hong Kong Convention, such as a cleaner environment and safer work in recycling plants. It is worth noting that the ISO 30000 series of standards are consistent with ISO 9001 (quality management systems), ISO 14001 (environmental management) and ISO 28000 (security in the global supply chain).

After the adoption of the Hong Kong Convention in 2009, the ship recycling topic has not been taken off the agenda of the International Maritime Organization. During several meetings in 2012-2015, its Marine Environment Protection Committee (MEPC) adopted a number of guidelines containing detailed solutions in the field of ship recycling and the functioning of ship recycling facilities. They were:

Observing the slow pace of ratification of the Hong Kong Convention, the European Union took its legislative action by issuing Regulation (EU) No. 1257/2013 of the European Parliament and of the Council on November 20, 2013 on ship recycling. An EU initiative was aimed to:

Pursuant to the provisions of Regulation (EU) 1257/2013, from December 31, 2020, any vessel with a gross tonnage of 500 GT and above entering a port or anchorage of an EU Member State will be required to have a verified Inventory of Hazardous Materials (IHM) and Inventory certificates (for EU vessels) or Certificate of compliance (for non-EU vessels). It is worth emphasizing that this requirement will apply to ships flying the flag of both an EU and non-EU countries.

It should be recalled that from December 31, 2018 Regulation (EU) 1257/2013 introduced the requirement that ships with a gross tonnage of 500 GT or more flying the flag of an EU Member State should be recycled only at facilities that are on the European list of ship recycling facilities. Link to European list

The European Union’s actions on ship recycling are similar to its actions on monitoring, reporting and verification of CO2 emissions from ships. Regulation (EU) 757/2015 of the European Parliament and of the Council on monitoring, reporting and verification of carbon dioxide emissions from maritime transport entered into force on 1 July 2015. Its requirements apply to ships with a gross tonnage above 5000 GT and relate to CO2 emissions from ships during their voyages from the last port to a port of a European Union Member State and voyages from a port of a Member State of the Union to the next port, as well as within a port of a EU State member. This regulation applies to all flag vessels in the same way.

It is also worth pointing out that the guidelines on ship recycling were prepared in 2016 by the International Chamber of Shipping (ICS) in cooperation with other maritime organizations and associations, including IACS (of which PRS is a member), BIMCO, INTERCARGO, INTERTANKO and OCIMF. Such a broad approach to the problem of recycling shows that the industry understands the need to conduct this process in a controlled manner. Link to the guidelines

Recognizing the importance of the issue of ship recycling for the protection of health and the environment, the Polish Register of Shipping has prepared its information publications. Those are:

The above documents, which are available at www.prs.pl, familiarize PRS customers and interested parties with recycling issues and help prepare for the implementation of relevant requirements. One of them, which will come into force at the end of 2020, is having a List of hazardous materials. PRS verifies such lists. In addition, PRS issues Inventory Certificates, Ready for Recycling Certificates and Statements of Compliance.