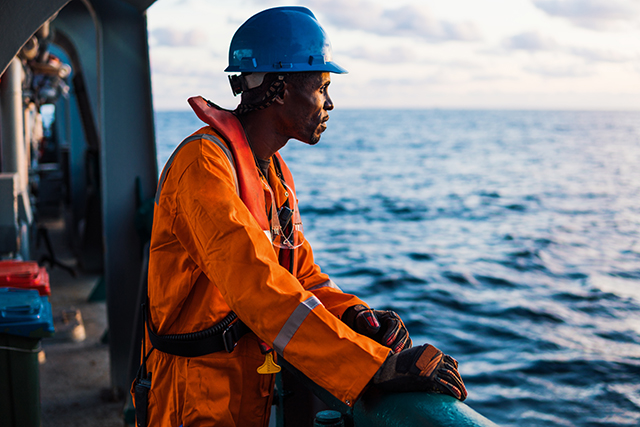 The maritime industry is responsible for transporting more than 80% of global trade of goods, such as automobiles, bulk commodities, chemicals, wood products, iron and steel, garments and shoes, and consumer goods, toys, electrical appliances, oil and gas, pharmaceutical products and food.

COVID-19 related measures imposed by Governments, including travel bans, embarkation and disembarkation restrictions or suspension in the issuance of travel documents, have severely strained the working conditions in the global shipping sector, resulting in a humanitarian and safety crisis.

Those stranded on ships are being denied their human rights, including their rights to physical and mental health, to family life, and to freedom of movement, and are often forced to work beyond the default 11-month maximum period of service on board, as established by International Labour Organization (ILO) Maritime Labour Convention, 2006 (MLC, 2006). This is resulting in cases that could amount to forced labour.

The UN General Assembly, the Secretary General and UN agencies have called on governments to designate seafarers as “key workers” and to honour their commitment to seafarers, especially as it relates to medical care, length of service and repatriation.

The UN Human Rights Office, the UN Global Compact, and the UN Working Group on Business and Human Rights have issued a statement calling upon companies to act under the UNGPs. This call has been echoed by the International Labour Organization (ILO).

In the context of the COVID-19 crisis, business enterprises that engage with the maritime industry should undertake human rights due diligence to identify, prevent, mitigate and address adverse human rights impacts on seafarers resulting from restrictions to crew changes. This involves utilizing leverage – individually and collectively – on governments and maritime transport providers to ensure respect for seafarers’ rights. The scale and complexity of due diligence should be reasonable and proportional to its their size and operational context, among other factors.

Moreover, companies should not exert undue pressure on the maritime industry to lessen the protection afforded by existing standards, including those set out in the MLC, 2006. For instance, some are demonstrating irresponsible practices that jeopardize seafarers’ rights, including the appearance of ‘no crew change clauses’ in contracts between charterers and the maritime industry.

nextMaritime infographic: The Age of Exploration - Life on the Open Seas