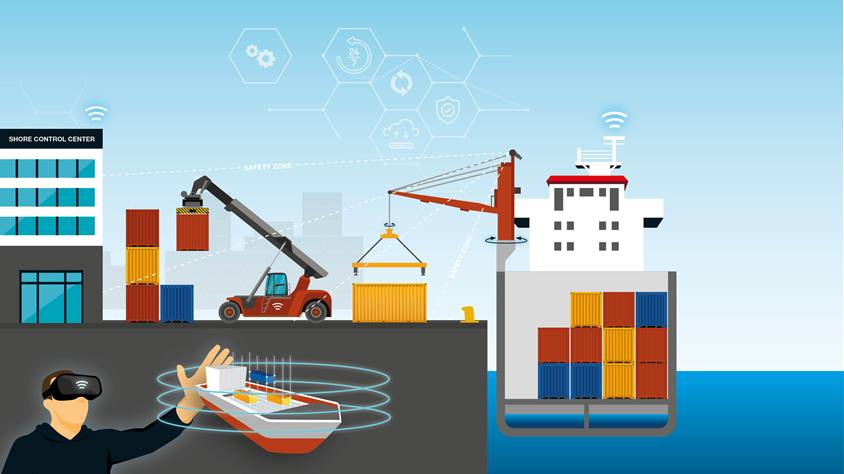 Recreational vessels are being intercepted on Queensland’s maritime borders as authorities move to prevent people who have been in COVID-19 hotspots from entering the state’s waterways.

“We all saw the shots of the grey nomads and the lines of traffic wanting to get into the state,” Mr Mitchell told ABC Radio Brisbane.

“Equally the airports are busy [and] that’s the same on our waterways as well.

“There are a lot of vessels that normally transit up the coast this time of year and up into … south-east Queensland, or further up to the Whitsundays, and that’s exactly what we’re seeing at the moment.”

He said the same rules apply for anyone trying to enter Queensland, regardless of how the come.

“The restrictions in place are exactly the same on the waterways as they are when you arrive by plane or come across the border,” he said.

‘No option for quarantine’

People must declare that they have not been in a COVID-19 hotspot in Sydney or Victoria in the past 14 days when they arrive.

“It is certainly more complex, from a maritime perspective, in managing the border and managing entry,” Mr Mitchell said.

Maritime Safety Queensland works closely with its interstate counterparts and relies on technology to monitor vessels coming up the coast.

“Either we’re on the water and we intercept them as they come up, or we find out that they are planning to come in,” Mr Mitchell said.

“We make sure ourselves, or our colleagues from the Water Police, are going there and checking their passes.

For the latest news on the COVID-19 pandemic read our coronavirus update story.

He said in the last couple of weeks well over a hundred recreational vessels had travelled up the coast.

“If you have been in a COVID hotspot there is no option for you to quarantine in Queensland, so you will be turned around.”

Whitsunday Sailing Club sailing manager Ross Chisholm said the majority of people sailing up the coast at this time of year, usually, were from Victoria, and that the Airlie Beach community was feeling their absence.

“We’ve got less than half the boats that I’d expect to see on Pioneer Bay at this time of year compared with the last couple of years,” Mr Chisholm said.

“Numbers have been substantially down, a lot of businesses have had to close up, restaurants have been closed.”

To keep the COVID-19 outbreak under control we need to keep growth factor below 1.0

Average 433 cases per day for the past 7 days

He said numbers for the upcoming Airlie Beach race week have dropped substantially, with many NSW and Victorian competitors barred from coming.

While he was disappointed that the rotary event would not be the same this year, he said he was happy with how authorities were managing the outbreak.

“We’ve had very little exposure to COVID up in this area,” Mr Chisholm said.

“I think the governments are doing the right thing in trying to contain it the way that they are.”