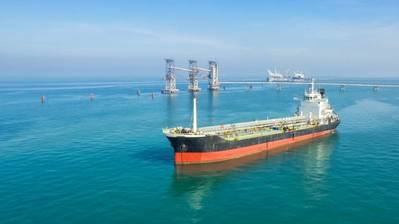 I wasn’t surprised when I stumbled on numerous news and information, telling about pandemic-immune class of people – rich people. They fly around the world and visit their favorite places, hardly aware of all that pandemic chaos and mess. They don’t care, they have private jets and enough money to be considered and treated, as absolutely immune. So far, I singled out three groups of – well, kind of people, who’re immune to virus, by definition:
Rich, celebs, politicians – elites, to put it short;
Members of mobs and “movements”, such as BLM/Antifa, Green, pro-migrant, anti-Trump;
Illegal migrants.
Common, hard-working and honest folks, who’re feeding the abovelisted scum, are looked at, and treated, as either criminals, or rabid animals.
Crew change crisis could be solved already, but instead, it is continuing to worsen. No maritime organization did offer any valid, realistic, radical solutions, such as:
Organizing private jets (and commercial planes) net with several main hubs around the globe;
Enforcing governments to accept and practice Seamen Green Pass Rule;
Removing all the unnecessary, rights abusive, restrictions and rules, such as listed in disgusting, Gestapo-style, IMO 12-step plan;
Imposing heavy surcharges on all import/export freights to countries, which continue treating seamen in a hostile, abusive manner;
Implementing special charter clause, which will compel nations’ shippers to share financial burdens of crew change.
Maritime bodies led by IMO/ILO, do essentially, nothing, except paying lip-service, mixed with the abundance of cheap, pathetic rhetoric. It is not accidental or a mistake or because these bodies are run by wrong persons. They are run by exactly the kind of persons required for the fulfillment of UN agenda – wiping out private shipping and taking all the shipping, including seamen, under total control.
Tactic the use is very simple, nothing new – divide and conquer, drive a wedge between seamen and shipowners. They attack private shipowners and do all they can, to make shipowners responsible for crew changes, hampering and foiling each and every attempt to work out universal solution to this crisis. MUA and AMSA activities in Australia (or should I say, Socialist Republic of Australia?) are the best illustration.
They develop and try to implement, most insane, humiliating and ineffective, plans to standardize crew change requirements, IMO 12-step plan being the best illustration.
Now it’s time for next step – for branding seamen like cattle, with electronic devices:
Dario Alampay, chairman of the Joint Manning Group based in Manila, is calling for a global approach to have all seafarers of all nationalities adopt a common digital quarantine pass recorded via blockchain as well as a seamless contact tracing system.
He didn’t go into details, but his idea is clear, it’s already propagated by mainstream media and politicians – it’s an electronic bracelet, at best, but the final goal is implanted chip. Chip which will spy on us, track us, and send all our private and sensitive information, to organizations we know nothing about, to unknown for us use. I don’t know who this Alampay is, and don’t want to know. The only thing I’m interested in, is this idea – did Alampay thought it out all by himself, or was he “advised” by some third party?
In the end, I invite readers to listen to an interview, given by one “Brandt Wagner, the International Labour Organization’s point man for shipping”, specifically on crew change crisis occasion.
Try to listen to all of it, and then listen again. Try to find out an atom of something directly related to crew change crisis and ways to solve it. It’s like, you know, an interview with a person from another planet or universe. ILO and Maritime Labor Convention are the key, that’s the golden thread of the speech. Key to what? Why should we talk about this nonsense anyway, in the middle of the heaviest human crisis shipping ever encountered? Interview is just one more illustration of “elites” priorities and attitudes, morals (lack of it) and principles. You want to hear about some resolute, decisive steps and decisions to solve unbearable problem of crew change? Instead, you’re giving a lecture on importance of Maritime Labor total control by means of MLC.