National Security Advisor Ajit Doval has said that in the current complex and challenging geopolitical situation, it’s necessary to focus on maritime security. He said, “he trajectory of this nation is well defined, we know where we’re going. And when our time comes, India will not be able to become the power it deserves to be unless it has a very strong maritime system. This is perfect timing for it.”

He said, “in the national security discourse importance of land and maritime borders are very different. You cannot fence them, put 24×7 vigilance, the concept of sovereignty in land borders is territorial and well-defined.”

Doval said this on Thursday while addressing the first meeting of the Multi-agency Maritime Security Group to discuss important policy matters affecting maritime security. The meeting was presided over by the National Maritime Security Coordinator, Vice Admiral Retd. Ashok Kumar.

He said, “Indian ocean is a great asset to us. With the cardinal principle of security, our vulnerabilities are directly proportional to our assets. More we develop, the more assets we create; the more prosperous we get, the greater would be vulnerability and greater would be the need for security. 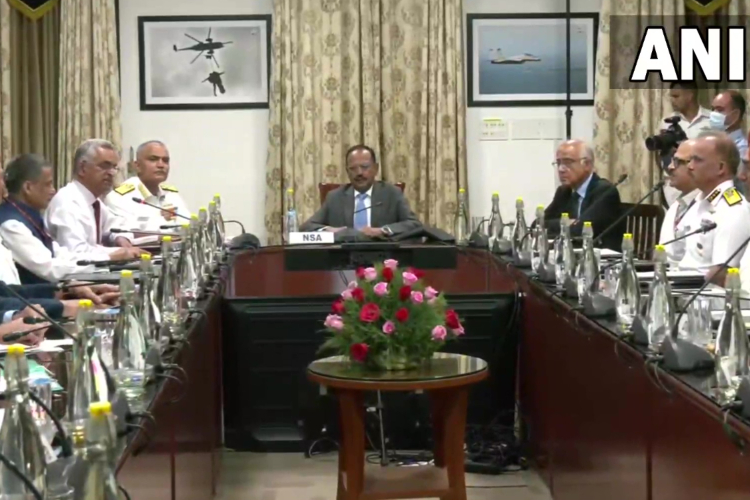 During the meeting, Doval said,” In the changing geopolitical scenario, the Indian ocean which has been an ocean of peace is gradually becoming competitive. We see a potential of having a clash of interest, we need to protect it and be vigilant.”

Ajit Doval said, “We have responsibility towards neighbours be it disaster management or security for them, we’ve been doing it. We recently had an example of countries coming together when Colombo Security Conclave was held to tackle maritime threats in Indian ocean.”

We have a responsibility towards our neighbours, whether it is disaster management or safety for them, we have been doing this. We had an example of countries coming together recently when the Colombo Security Conference was held to deal with maritime threats in the Indian Ocean. We know where we are going… If India does not have a very strong maritime security system, it will not be able to become the power it deserves. This is the perfect time for it. Intelligence agencies provided important information about smuggling, gun running, counter-terrorism, and espionage.”