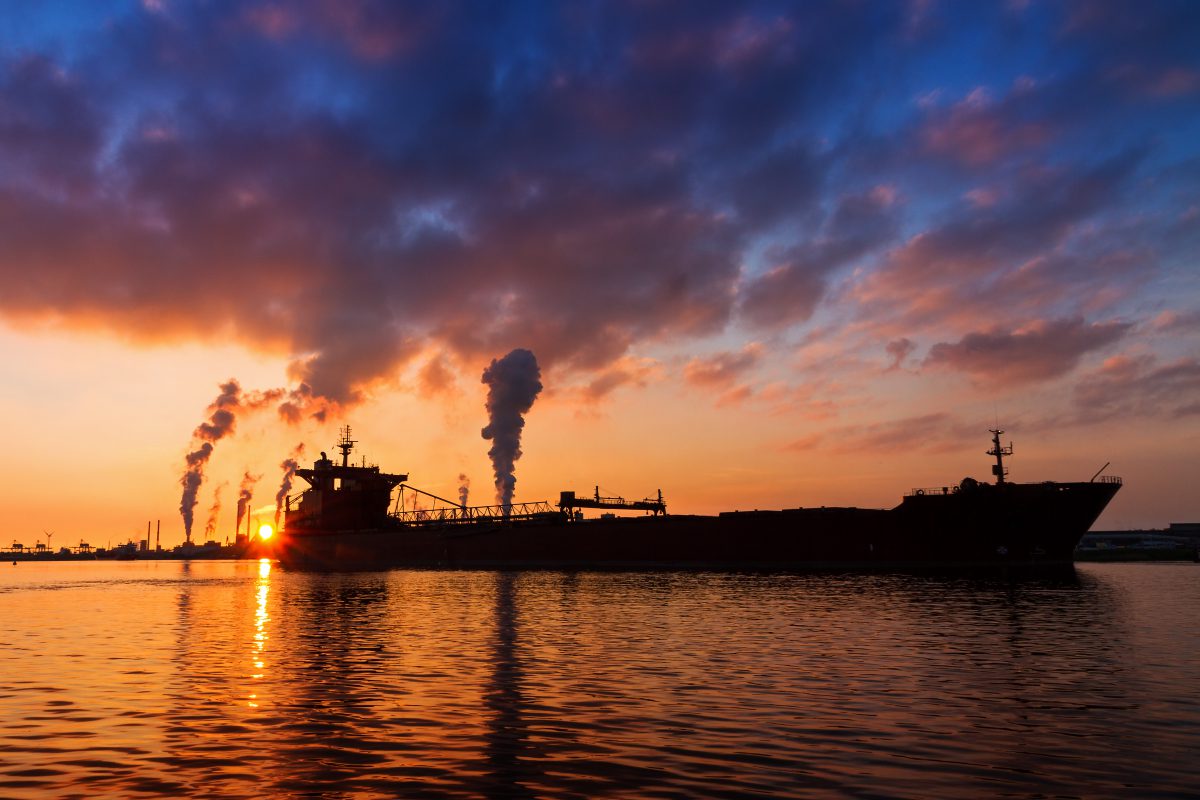 Cleaner Marine Shipping – A global corporation called Wärtsilä is pushing “An Oceanic Awakening,” due in part to all the stuff people order online.

The awakening is taking place around a SEA20 effort, which is calling on major port cities including New York, Singapore, Hamburg, Helsinki and Rotterdam to develop a digitalized marine ecosystem – or Smart Marine – by 2020. “This encompasses connectivity, data-sharing, intelligent automation and intelligent, carbon-free vessels, which feature efficient designs, hybrid propulsion technologies and cleaner fuels for eco-friendly shipping,” says Wärtsilä, which is headquartered in Helsinski, Finland, and makes power plants and marine equipment.

How will they get it done? SEA20 has reportedly assembled key influencers from the targeted cities to participate in an online forum and ongoing series of events and workshops; including FOOD designer/founder Dong-Ping Wong, who has worked on projects for Kanye West and Nike.

Wärtsilä President and CEO Jaakko Eskola argues that shipping is the most cost-effective way to move goods and people around the world. Demand is increasing, and so are opportunities to improve operational inefficiencies that hurt profitability and sustainability:

“We simply cannot afford to wait for the marine and energy industries to evolve at their own pace. The calls for greater efficiency, sustainability, and connectivity are simply too strong to be ignored. Rapid acceleration to benefit the entire sector, as well as society at large, is urgently required, and ‘An Oceanic Awakening’ is our wake-up call to everyone, heralding the beginning of our journey to making the future of shipping and energy a reality.”

The wave seems to be growing slowly. A SEA20 Twitter forum has just over 60 followers as of this writing. But a company rep say much more participation and activity is on the horizon, including summits to be held and intelligence reports to be issued. A total of 20 port cities are being targeted.

“Hamburg, Helsinki and Rotterdam have already expressed their keen interest in joining this global initiative,” said Andrew Calzetti, a Wärtsilä spokesman. “We are in active discussions with around 10 cities at the moment and have a great many more on our radar, all of which play an important role in the marine ecosystem, either because of the volume of trade they handle, their history, or because of the investment they are making in innovative solutions which foster more sustainable shipping. We will be making those and other port announcements in due time.”

Calzetti says most issues afflicting port cities and marine industries are open-ended and highly complex, so solving them requires collaboration across disciplines.

Figures from an Energy Transition Outlook estimate that shipping will grow nearly a third by 2050, resulting in the doubling of container cargo.

While initiatives like the Paris Climate Agreement and International Maritime Organization mandates are helping address the environmental impacts of mass urbanization and shipping, few are specifically focused “on bringing a unified design vision to maritime projects that are shaping marine cities,” he said. “That, to us, signaled the need for our initiative, SEA20.”
Source: Forbes

nextFrom small steps to giant leaps: digitalisation on the bridge