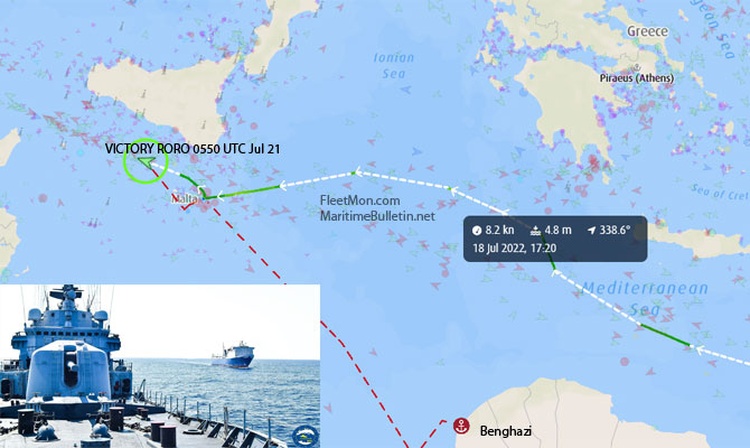 Ro-ro VICTORY RORO was intercepted by the EU Navy Operation IRINI ships – Greek and Italian frigates, in Mediterranean off Libyan coast, on Jul 18 according to track analysis. The ship was boarded and inspected on suspicion of illegal arms transportation to Libya. VICTORY RORO was en route from King Abdullah Port, Saudi Arabia, to Benghazi, Libya. Inspection found vehicles either specifically military, or converted for military use. VICTORY RORO was taken to Valetta outer anchorage Malta, arriving there on Jul 20. She left anchorage early in the morning Jul 21, and as of 0545 UTC Jul 21, was sailing into Strait of Sicily, destination unknown, probably one of the EU ports in Med region. VICTORY RORO was on the Alert list of IRINI, as probable arms trader, since at least March 2022, being under close surveillance.

previousSingapore Strait is an "Area of Concern" While Global Piracy Declines