The first modern Russian cruise ship operation is scheduled to start service on July 16 cruising from the Black Sea port of Sochi.  The Astoria Grande is scheduled to operate a total of 16 weekly cruises in cooperation with a Turkish company as they seek to build the Russian tourism industry.

Launched in 1996 as the first AIDA cruise ship, the 38,500 gross ton ship was acquired by Russian investors in 2021 from Carnival Corporation. She had been idle since 2020 due to the pandemic when Carnival decided to sell the ship as part of its accelerated efforts at fleet modernization. The unique cruise ship had sailed for the German AIDA cruise brand helping to establish one of the fastest-growing brands in the corporation.

The cruise ship was built by what is today Meyer Turku in Finland for a former East German tour company as a new concept in cruising based on the popular German holiday camp clubs. Aboard the cruise ship has a very relaxed atmosphere and playful décor along with a focus on fitness and entertainment. Foodservice is mostly at two casual buffet restaurants with large communal tables. Keeping with German-style there were beer taps in each restaurant with the beer and soft drinks included in the price of the cruise. Marketing was limited to German-speaking travelers. 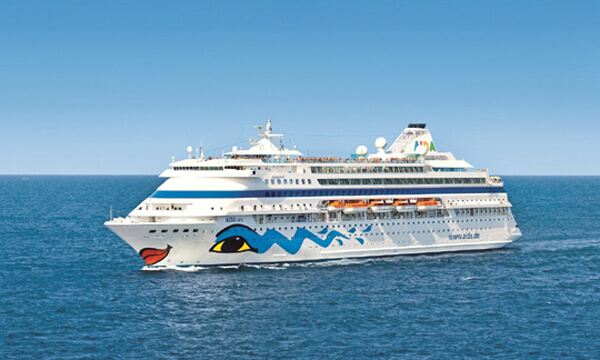 AIDA, later AIDAcara, sailed with AIDA for 25 years before being sold (AIDA)

At 634 feet in length, the ship also became distinctive for its unusual hull art at a time when few cruise ships featured any illustrations on their hulls. Rostock-based graphic designer Feliks Büttner created the design for the distinctive lips, eyes, and waves on the hull inspired by the classic opera AIDA, for which the ship and brand were named. Know as the “kiss” the art remains a central feature on the hull of all of AIDA’s cruise ships.

After briefly being owned by Norwegian Cruise Line, AIDA was acquired by Britain’s P&O in 2001 and later became part of Carnival Corporation through the merger with P&O. The original ship, which sailed as AIDA till 2001, served as the model for newer cruise ships that began the expansion of the brand. From 2001 to 2020 the first ship operated as AIDAcara and was later used to develop new itineraries that focused on exploration and longer lengths.

After being acquired in July 2021 by Russian investors, the cruise ship was refitted and recently arrived in Sochi to prepare for its introduction as Astoria Grande. “Now all the port services of the city of Sochi and the liner’s personnel are undergoing final training before leaving for the first cruise,” explained Orkan Kayarkh, general manager of Astoria Grande.

The Russian company is partnering with Miray Cruises of Turkey to launch the new cruise program. Miray also operates a cruise ship based in Turkey for the domestic market. Cruises aboard the Astoria Grande will depart through the end of October 2022. 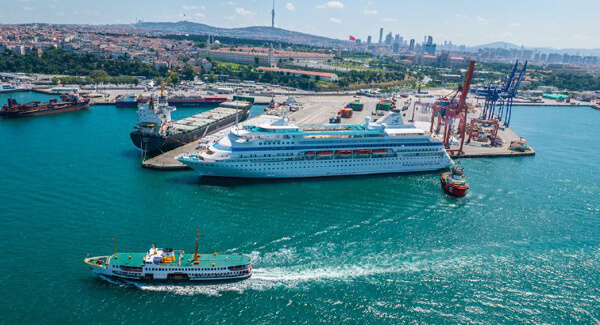 The Russian cruise ship will operate week-long cruises and because of safety concerns, they are emphasizing that the ship will only be sailing in the southern and eastern parts of the Black Sea. They point out that more than 100 ships a day are passing through the areas where they will be sailing. All the ports will be in Turkey, with the itineraries including calls in Istanbul, Sinop, Cesme, and Trabzon as well as the resort island of Bocaada. Passengers can choose between two similar itineraries or combine them into a two-week cruise.

In the Soviet era, there were many cruise ships built in the east and used to provide vacations or transportation. The operations, however, did not survive the end of the Soviet Union with most of the ships sold and only a few attempts to establish a Russian cruise operation. Currently, there are no plans to market the Astoria Grande outside of Russia.
Source: https://www.maritime-executive.com/article/russia-s-first-modern-cruises-launch-sailing-on-black-sea