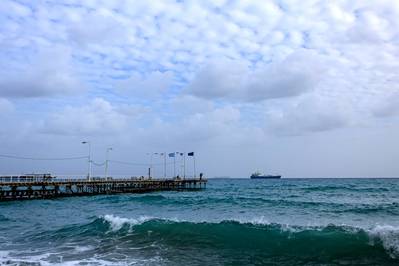 Cyprus has already overcome the loss of Russian maritime trade due to European sanctions and the Mediterranean shipping hub is chasing business expansion in Japan and elsewhere in Asia as it looks to grow its flag, a senior government official said.

Cyprus, together with Greece and Malta, which have the largest shipping fleets in the 27 member EU and host large ship-management centers, have been the most vocal countries in the bloc seeking to limit the extent of shipping restrictions imposed on Russia after its February invasion of Ukraine.

“Contrary to reports, the Register of Cyprus Ships is not dependent on ships of Russian interests or connected with Russia,” Cyprus Shipping Deputy Minister Vassilios Demetriades told Reuters.

“Our strategy is not to depend on any nation. We do have multi-dimensional shipping clients that attracts business from different segments in Europe and we are looking to expand in Europe and Japan and wider Asia.”

“There is a Russia ‘link’ to a small number of Cyprus ships out of the total of 1,100 registered.”

He added that following applications made by ship owners “a number of ships have been deleted from the Register of Cyprus Ships or are in the process of deletion”.

“These ships appear to be connected with Russian interests or to be managed from Russia,” he said.

“So far, the losses are manageable and are not harmful to the Cyprus registry. However, we need to stress that the choice of the flag of the vessel is the prerogative of the owners.”

According to analysis by data provider Lloyd’s List Intelligence, 15 ships linked to Sovcomflot were still flagged with Cyprus.

Sovcomflot, which has been hit with EU and UK sanctions as well as capital raising restrictions in the United States, did not respond to a request for comment.

“With respect to Sovcomflot, it is noted that the company has already made other plans since it’s very difficult for them to operate from Cyprus and their offices are now closed,” Demetriades said.

nextFire Broke Out on India’s Only Aircraft Carrier, INS Vikramaditya Off The Karnataka Coast