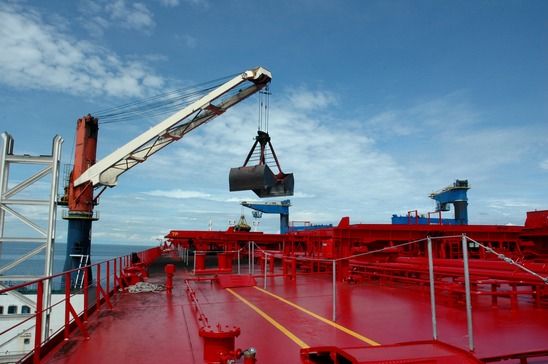 As more industries acknowledge the role of climate change in economic growth and labour productivity, entire segments of the economy are taking steps to limit their environmental impact. This year, maritime shipping is facing new environmental regulations from the International Maritime Organization. Under the new regulations, known as the sulphur cap, all ships sailing the world’s oceans have to immediately reduce the amount of sulphur they release into the atmosphere. This regulation could potentially lead to huge costs for cargo shipowners and operators, as well as a rise in freight fees, globally.

According to industry estimates provided by Shipping and Freight Resource, more than 90 percent of the global vessel fleet will have to have to rely on sulphur cap-compliant fuels after 1 January 2020, while the remaining lines will choose to invest in different technologies and operational investments such as scrubbers.

Shipowners anticipate that the sulphur cap may result in an increase in shipping fees globally, says Michael Borisov, Chief Investment Officer at Leon MFO Investments. This is due in part to the nature of the market for ships. Most cargo tankers and bulkers have a lifespan of 20-30 years.

“Many companies are relying on a scenario that involves other companies writing off old ships (due to the changes in regulation). Therefore, there will be a shortage of supply in the transportation market, and this will spur demand and raise freight fees,” Borisov says.

Annually, no more than 5 percent of the world’s cargo ships are being replaced, Borisov says, so in practical terms, the new regulations mean that companies will have to make changes to their ships currently at sea.

“A number of shipping firms have old fleets that require retrofitting or commissioning new ships with engines that burn cleaner fuels,” Borisov says.

These existing vessels should either switch to more expensive sulphur cap-compliant fuels or install scrubbers, which clean sulphur from ships’ exhaust.

Scrubber: the word of the year

The IMO regulation effectively launched a technological revolution in scrubber systems. Since the beginning of the year, the word ‘scrubbers’ dominated international newsfeeds in the industry. According to available data, more than 3,000 vessels had been equipped with scrubbers by the time the sulphur cap entered into force. Euronav reportedpurchasing its first ships with scrubbers; DHT, a US-listed owner of very large crude carriers, says it has saved USD 14.6m by using scrubbers on almost half its fleet; and Seanergy Maritime announced that it has completed the installation of scrubbers on five capesize vessels, or 50 percent of its owned fleet, with USD 14m investments overall.

“The costs of installing scrubbers are fixed, while the costs of compliant fuels are unpredictable and depend on oil prices, refinery pricing and even geopolitics,” says Borisov, adding that for ships that will be replaced in the near-to-medium term, both scrubbers and compliant fuels may look like temporary solutions for shipowners.

This increase in the use of scrubbers, or Exhaust Gas Cleaning Systems (EGCS), as a cost-effective means to achieve compliance has led to a revival of the discussion around their reliability, however.

According to experts from Wärtsilä, one of the world’s leading suppliers of marine scrubber systems, the biggest concern with EGCS is corrosion of the system or the piping, which can result from poor design, construction, or installation. Wärtsilä has provided scrubbers for a variety of vessel types, from oil tankers to cruise ships to fishing vessels, and has made reliability a focus of its scrubber offerings. Material used in Wärtsilä scrubbers is subjected to extensive testing and research by third-party experts and in independent analyses.

“It is no accident that scrubber reliability is emerging or rather, re-emerging, as an issue now,” says Sigurd Jenssen, Director of Exhaust Gas Cleaning at Wärtsilä.

“Safe return to port is always key, so you are not going to be penalised for sailing to the port you were going to if your scrubber stops working,” says Jenssen. “But whether you have to get it fixed straight away or can continue sailing until the spares are available and repairs arranged is up to the port state.”

Suppliers lacking substantial experience in the marine market may not be able to recognise the full consequences of their choices or the scale of corrosion that can occur. Beyond risking fines and detentions, a vessel that is non-compliant due to a faulty scrubber might also tarnish the reputation of its parent company and other vessels in the fleet. According to       the Marine and Port Authority of Singapore, previous non-compliance will be part of the risk profiling that will be used to determine which vessels are subject to inspection when they arrive at port.

“The risk and costs associated with non-compliance are extremely high. When we look at the competitive landscape for scrubbers, we see several companies that have no service network at all, many who are newcomers to the marine world and actually none that have a network comparable to ours,” says Jan Othman, Director of Exhaust Treatment at Wärtsilä.

Wärtsilä has more than 10 years of experience in designing scrubbers and has installed its solutions on a variety of vessel types, from oil tankers to cruise ships, from fishing vessels to cable layers. The company has tested its materials itself and conducted extensive research with third-party experts, as well as confirming its selections against independent analysis.

Wärtsilä is also incorporating the latest technological developments into its EGCS. The system’s automation and control system is being developed to enable even better cybersecurity and easier integration for big data functions. A new standard control system will be able to connect to Wärtsilä’s Data Collection Unit, an integrated data bridge that collates sensor readings from multiple sources on the ship. This data is then fed back to Wärtsilä to help both optimise and improve a vessel’s automation and control systems on both current and future journeys.

These developments provide yet another way to assist shipowners in reducing both fuel costs and emissions, making progress on the journey to a Smart Marine Ecosystem.

previousBIMCO: 2020 and the Collapse of Bunker Fuel Markets