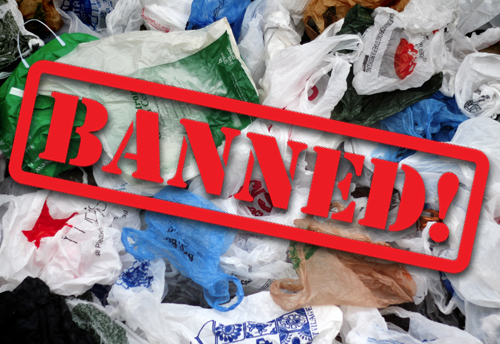 With 50 units lying idle, and Brent crude languishing at around 20 dollars per barrel, there is currently a strong incentive for recycling of older floating production units. However, significant recent changes to the regulations may complicate an owner’s decision making. Hence, I hope the following article will be of interest to those planning end-of life solutions, and facilitate safe navigation through these potentially choppy waters.

What can go wrong?

Firstly, some words of caution regarding the risks that poorly planned recycling attempts may encounter. These can include:

Due to concerns over environmental protection and health and safety, the regulations have been significantly strengthened in recent years. Hence for poorly planned recycling projects there is an increased risk of non-compliance. Although a number of owners have chosen to sell end-of-life vessels to cash buyers, experience has shown that in the event of legal transgressions by the buyer, this may not absolve the original owner from the ensuing legal investigation, and will do little to alleviate the reputational damage.

Peculiarities of wet towing of end-of-life semis and FPSOs that can lead to enhanced risk, include:

A recent case of a semi-submersible exemplifies the risk. The unit was under tow from the North Sea to a Turkish recycling facility when heavy weather was encountered and the tow line broke. The unit subsequently grounded off Scotland. There have been other cases of difficulties during tows to recycling facilities, including several involving merchant vessels.

Finally, an unclear understanding of the condition of the vessel may lead to emergent scope. For example, a North Sea unit recently underwent deep cleaning prior to recycling. Part way through the cleaning process, it became apparent that not all waste materials could be removed without dismantling parts of the vessel. Hence to complete the deep-clean, it became necessary to amend the execution plan and employ a different contractor.

There are circumstances where the deep clean can be a significant project in its own right, and its cost may exceed the scrap value of the vessel. For example, where the recycling facility cannot handle Naturally Occurring Radioactive Materials (NORMs), it is necessary to fully remove these prior to the delivery voyage.

At international level, the following are of relevance:

The HKC was developed by the IMO in response to concerns regarding health, safety and environmental standards within the ship recycling industry. The convention places obligations on each facility to prepare a Ship Recycling Facility Plan (SRFP) and obliges the owner to have the vessel inspected, an Inventory of Hazardous Materials (IHM) prepared and an International Ready for Recycling Certificate (IRRC) secured. The owner provides the IHM and IRRC to the chosen facility and in exchange, the facility prepares a ship Recycling Plan (SRP). Upon completion of the recycling, the facility issues a statement of completion. The flag state and the ship recycling state approve the documentation at each stage. Otsubo’s 2014 Seminar explains this process in more detail.

The HKC has not yet achieved the necessary conditions to become international law. However, several ratifying countries have embodied the convention within their national regulations.

The BC entered into force in 1992 and regulates the transboundary movement of hazardous and other wastes by using the ‘Prior Informed Consent’ procedure. This means that shipments of waste cannot be transported unless the exporting country, the receiving country and any transit countries have provided consent for the transport to take place.

The BBA came into force in December 2019 and is an amendment to the BC. In a scenario where either the export country or the importing country is a ratifying party, it prohibits the movement of hazardous waste from an OECD country to a non-OECD country. It takes precedence over the existing convention.

To varying degrees, these international regulations have been embodied within national and regional legislation. For example, within the European Union (EU):

The EU SRR implements the HKC for vessels flagged within the EU, and came into force in January 2019. In some respects, it is more onerous than the HKC, e.g. with regard to the number of prohibited hazardous materials. It also has a specific requirement for recycling to be conducted on built structures. The EU audits facilities against the EU SRR requirements and maintains an approved list, currently containing 34 ship recycling facilities in the EU, 6 in Turkey and 1 in the USA.

The EU Waste Shipment Regulation (EU WSR) was adopted in 2006 and most importantly enforces the BBA by prohibiting the movement of hazardous waste from the EU to non-OECD countries. This regulation applies to EU flagged vessels and non-EU flagged vessels departing from EU waters. Hence in the absence of any Asian based facilities approved under the EU SRR, it effectively prevents European based floating production facilities from recycling within the Indian sub-continent.

Other national regulations may influence the choice of recycling location or impact the scope of work.

The ISO30000 family of standards relate to ship recycling and may be specified within recycling contracts.

The market breaks down into principally two sectors, these being the recycling facilities and cash buyers. Traditionally the recycling facilities have focused on their core business and have been unwilling to take ownership of a vessel and then transport it for recycling. They have also preferred the use of bank letters of credit rather than cash. Hence to enable a turn-key solution for owners, cash buyers have emerged within the market. The cash buyers typically pay cash for the vessel as-is where-is and then arrange delivery to the preferred recycling facility. Nevertheless, Crondall’s recent experience has been that some recycling facilities are now offering more of a turn-key solution by offering cash payments and taking on the responsibility for the delivery voyage, hence blurring the distinction between the two sectors. An advantage of contracting directly with the facility is that the owner has greater certainty over where the unit will be recycled. As previously mentioned, this is important for ensuring compliance with the BBA and the EU WSR.

The characteristics of the principal ship recycling regions are summarised as follows:

Facilities within the Indian sub-continent have been recycling the majority of world tonnage and generally pay the highest rates per long ton of lightweight. Many Indian facilities are compliant with the HKC, but none have yet been included on the list of EU SRR compliant facilities. None are within the OECD and hence under the BBA and/or the EU WSR, legal export of a vessel from an OECD country that has ratified the BBA to the sub-continent, is very difficult.

Turkish facilities generally pay higher rates than Europe or USA, but less than those within the Indian sub-continent. Turkey is part of the OECD and 6 Turkish facilities are currently included on the list of EU SRR compliant facilities. Hence it is relatively straightforward to move a floating production facility from Europe or other OECD countries to a Turkish recycling facility.

It is noted that, under Turkish law, import of radioactive waste is banned. Hence prior to the vessel’s delivery voyage, any Naturally Occurring Radio Active Materials (NORMs) must be removed to the satisfaction of the Turkish authorities.

Facilities within the EU and USA generally pay lower rates than either the Indian sub-continent or Turkey. Indeed, it may be necessary for the owner to pay the facility to carry out the recycling.

34 EU facilities and 1 USA facility are included on the list of EU SRR compliant facilities.

Since January 2019, China has banned the import of all foreign flagged ships for purposes of recycling and has only recycled Chinese flagged vessels.

The HKC is now close to meeting the IMO’s criteria for coming into force, although it will be a further 24 months after the criteria are met, before it becomes international law. Implementation will be a driver for improved health, safety and environmental protection, particularly in Bangladesh and Pakistan, which are not yet signatories but are currently recycling significant percentages of world tonnage. Even after becoming international law, it is questionable whether it will take precedence over the BBA, and hence the HKC is unlikely to facilitate the movement of vessels from OECD countries that have ratified the BBA, to the Indian sub-continent.

To minimise risk whilst maximising value, it is recommended from an early stage to develop a recycling strategy. Key elements of this can include:

The net financial return for recycling a floating production unit is likely to be small, just a few million US dollars at best. However, with the recent strengthening of regulations, the financial and reputational risks for poorly managed recycling activities can be significant. Hence, a diligent approach to an owner’s planning, and the early development of a clear recycling strategy are recommended. Such forward planning should be time well spent during the current COVID-19 lock-downs.