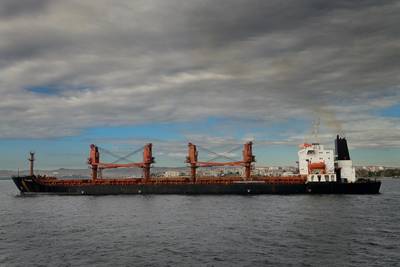 As the Trump administration in the US draws to a close, the President has released a new ‘National Maritime Cybersecurity Plan’ detailing how the United States government will aim to defend the cybersecurity of the maritime sector through enhanced coordination, policies and practices, aimed at mitigating risks and increasing the nation’s cyber workforce.

The cybersecurity of the Maritime Transportation System (MTS) was listed as a top priority in the 2017 US National Security Strategy. The MTS contributes to one quarter of all United States gross domestic product, or approximately $5.4 trillion, with the new plan addressing the potential catastrophic risks to security and economic prosperity that could be created by maritime cyber vulnerabilities.

“The American people elected me on the promise to make America great again. I promised that I would protect American interests and promote the welfare and economy of our great citizens,” writes President Trump, in the plan’s introduction.

“During my first year in office, I designated transportation and maritime sector cybersecurity as a priority for my administration. In keeping with my promise and this priority, I am continuing to promote the second pillar of the national security strategy, promote American prosperity, by approving the national maritime cybersecurity plan.”

“The national maritime cybersecurity plan explains how my administration will: defend the American economy by establishing internationally recognized measures of risks to the maritime sub-sector and standards to mitigate those risks; promote prosperity through information and intelligence sharing; and preserve and increase our great nation’s cyber workforce.”

The full US National Maritime Cybersecurity Plan can be downloaded here.