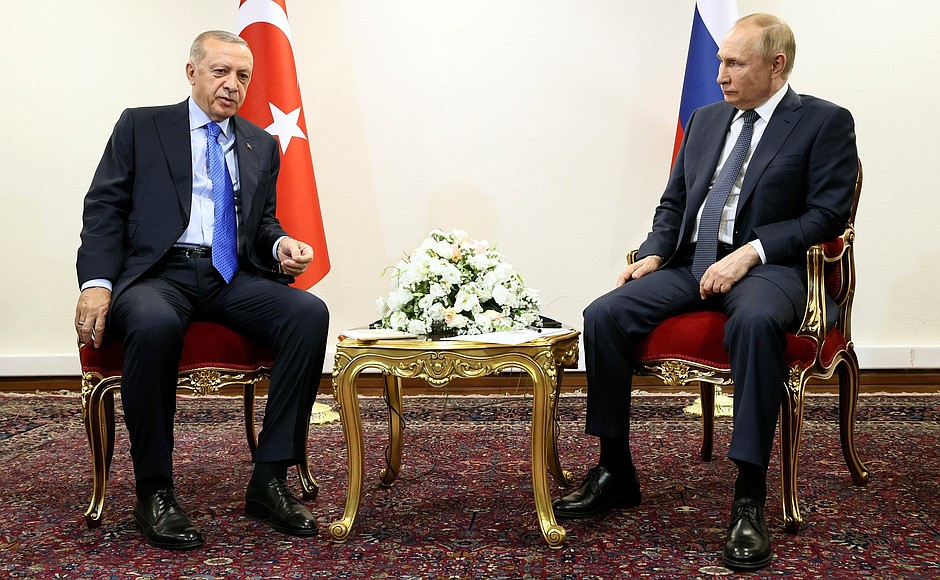 Russian President Vladimir Putin met with President of the Republic of Turkey Recep Tayyip Erdoğan on the sidelines of the Summit of the heads of states of the “Astana Troika”, the Kremlin website reported.

“I want to thank you for your mediation efforts, for providing a Turkish platform for negotiations on food issues, on the problems of grain exports through the Black Sea. With your mediation, we have moved forward. Not all issues, however, have yet been resolved, but the fact that there is a movement is good itself,” the Kremlin press office quoted Vladimir Putin as saying.

Vladimir Putin speaking at the SPIEF 2022 in June, stated that Russia does not interfere with the export of grain from Ukraine and is ready to ensure the safe passage of merchant ships from the respective ports, provided that they would be cleared of navy mines by the Ukrainian side. At the same time, there is a possibility that the payment for this grain will be used for the purchase of weapons by the Ukrainian side, Russian President said.

nextShip Owners Load up on Newbuildings and Second Hand Vessels