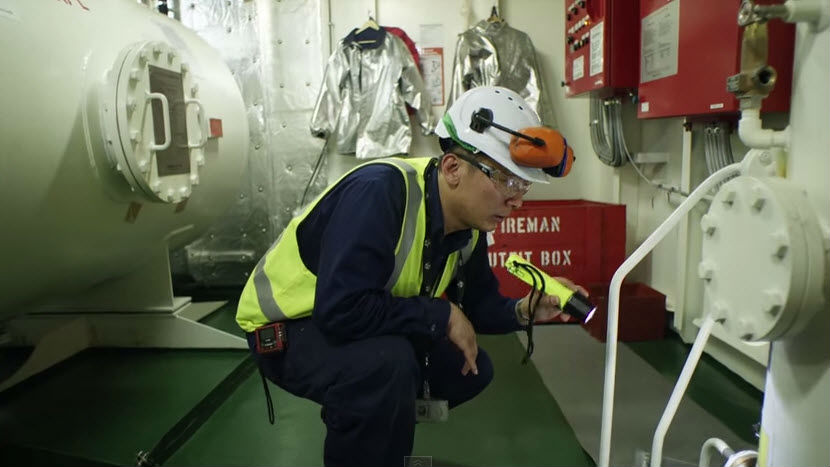 The deficiencies listed are:

•    Fire screen doors not operating properly
•    Impeding means of escape – Corridors, doors and hatches in areas designated as escape routes were found to be either partially or completely blocked. Doors in some instances were locked, without the ability to defeat the lock, preventing passage in the direction of escape.
•    Water tight doors were found with missing portions of gaskets, hydraulic oil leaking, inoperable audible alarm, or the means of indication that show at all remote operating positions were found to be in a fault condition.
•    Fire suppression systems were found to be deficient. Sprinkler heads/water mist nozzles were found painted over, damaged, or completely missing. Other issues included failed couplings.
•    Improper utilization of categorized spaces – There were several deficiencies issued regarding improper use of spaces. Space is at a premium on cruise ships. Because of this, sometimes crews store combustible materials in spaces that do not have the adequate fire protection and suppression systems in the event of a fire.

CSNCOE notes that the industry as a whole has improved to the point where it was no longer necessary to include a top 10 list as the remaining issues were identified so infrequently that they didn’t warrant inclusion.

In calendar year 2015 the Coast Guard reported 205 vessel detentions to the IMO. In that time, the Coast Guard conducted 259 cruise ship examinations and only 1.6 percent received a detention. “This low percentage shows that there is a strong safety culture in the cruise line industry, stated CSNCOE. This list highlights cases where deficiencies led to the detentions:

•    Inoperability of the oil filtering equipment, the three-way valve did not operate when the oil content reached and/or exceeded 15PPM.
•    A ship’s officer did not have a valid certificate endorsement from the flag state administration.
•    Ship was not manned in compliance with the applicable safe manning requirements of the Administration. A ship’s officer was not certified to serve onboard the type of ship.
•    The engineering space deck plates were slippery, surfaces were coated with an oily layer, and all bilges had a one inch thick layer of oil.
•    Fire hoses were found rotted and inoperable.
•    The vessel was not following their fire control plan by stowing random items in spaces throughout the ship, and installing cooking equipment in berthing and accommodation spaces.
•    Multiple exhaust dampers were wasted and did not close properly.
•     The deep fryer did not have a fixed fire extinguishing system.
•    Rescue boat hull had severe pitting, corrosion and wastage, allowing water intrusion.

previousIN THE KNOW Podcast 14: The Impact of COVID-19 on Global Shipping

nextForeign flagged ships detained in the UK during February 2021