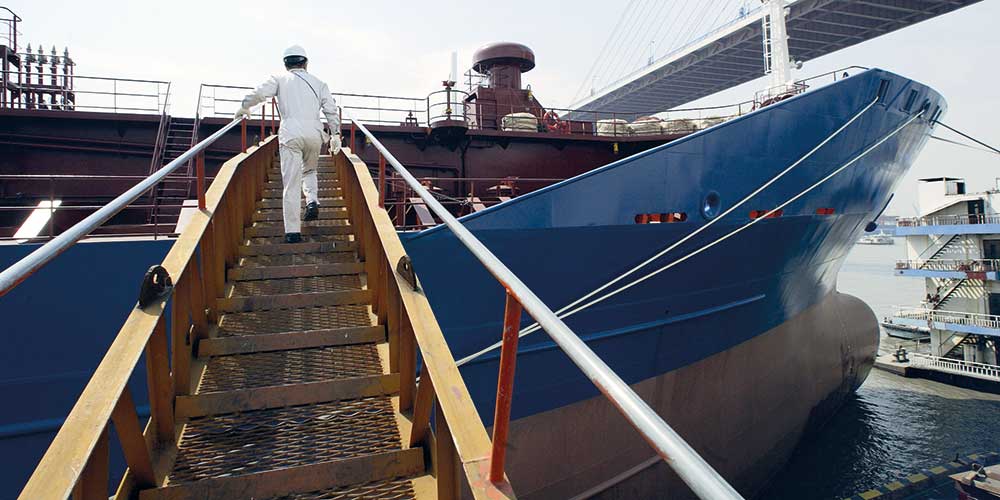 In May 2020, the US Department of State, US Department of the Treasury’s Office of Foreign Assets Control (OFAC), and US Coast Guard issued a joint Sanctions Advisory for the Maritime Industry. The Advisory builds on and expands several prior sanctions advisories for the maritime community issued in 2018-19.

“These sanctions often target the maritime sectors of the relevant countries, as well as shipments of oil, natural gas and various commodities.”

The Advisory is intended as a guidepost to help participants in the maritime sector achieve the desired level of compliance. Most of the guidance is couched in the language of suggestion (e.g., parties “may wish to consider…”), rather than as a mandate. However, it is clear that the US government wishes parties to follow the guidance in the Advisory as closely as possible. Accordingly, those in the maritime community, including owners, charterers, lenders, insurers and others should carefully review the Advisory, and make appropriate changes to their practices and operations.

THE MARITIME COMMUNITY: AT THE FOREFRONT OF SANCTIONS POLICING

While the maritime sector has always been a focal point of trade sanctions, since 2018, the Trump Administration has increasingly focused on the maritime sector in policing its “maximum pressure” campaign to enforce US sanctions. US “secondary” or “extraterritorial” sanctions largely prohibit non-US parties from dealing with North Korea, Iran and other sanctioned parties. These sanctions often target the maritime sectors of the relevant countries, as well as shipments of oil, natural gas and various commodities.

In order for these sanctions to be effective in putting pressure on the target countries, the US government needs the global maritime community to police itself, and for players to ensure that both they and their counterparts are in compliance. In a sense, this is similar to the push in the early years of the last decade to force international financial institutions to implement US sanctions worldwide. However, unlike banks, which are heavily regulated and have substantial compliance obligations outside of sanctions, many players in the maritime sector are small and do not have a sophisticated compliance infrastructure, which may make it more difficult to comply.

HIGHLIGHTS OF THE ADVISORY

The following are some of the more salient points in the Advisory:

Ships use Automatic Identification System (AIS) transponders to transmit their location. In most cases, they remain active at all times, so the ship’s progress can be tracked. However, transponders may fail due to weather conditions or other technical problems, and may be turned off for legitimate reasons (e.g., in a location where piracy is a concern). OFAC is concerned that ships may turn off or disguise their transponders in order to engage in surreptitious trade in violation of sanctions. This follows news reports and allegations that various ships turned off their transponders when secretly transporting Iranian crude oil to East Asia.

The Advisory suggests that parties should research a ship’s history to identify previous AIS manipulation before entering into new contracts involving the ship, and monitor AIS manipulation and disablement when cargo is in transit. The Advisory also suggests that relevant contracts include a clause requiring the AIS to broadcast at all times, and permitting termination where the clause is breached.

< BACK TO INSIGHTS HUB

OFAC is concerned that STS transfers can be used to evade sanctions by disguising the origin or destination of the relevant cargo. While OFAC acknowledges that STS transfers can be conducted for legitimate purposes, OFAC flags such transfers as potential sanctions evasion, especially if conducted “at night or in areas determined to be high risk for sanctions evasion or other illicit activity.” The Advisory includes a map showing areas near the Korea Peninsula, China and Eastern Russia that are thought to be high risk for North Korean sanctions evasion. No similar map is shown for other areas (e.g., the Persian Gulf or offshore Syria).

Previous sanctions advisories have included a list of ships and shipowners identified as having traded with Syria, Iran and North Korea, and having engaged in STS transfers of cargo that ended up in these countries. The previous advisories made clear that they were not “sanctions lists” (i.e., that the parties listed were not blocked and generally could be dealt with), and that there was no determination that a sanctions violation had occurred. Nevertheless, the market largely reacted to these “name-and-shame” lists as if they were sanctions lists.

The new Advisory does not revise the “name-and-shame” lists, neither to add new parties to the lists, nor to “remove” existing parties (although given that the lists are not official, it is not clear what removal of a name would entail). The Advisory merely says that there may be further “updates” in the future, but gives no hint as to what such an update would involve.

The Annex includes checklists for the following parties:

“The Advisory seems to imply that most trade with Syria, whether or not conducted by US persons, may violate sanctions.”

The Advisory includes a second Annex describing the relevant sanctions programs targeting North Korea, Iran and Syria, and including country-specific guidance. The inclusion of North Korea and Iran is consistent with the highly comprehensive US “secondary sanctions” targeting both countries, as well as UN sanctions against North Korea. While Syria’s inclusion is consistent with previous advisories, most trade with private actors in Syria is not subject to “secondary” sanctions (i.e., non-US persons generally can deal with Syria in a manner that does not violate US sanctions, so long as they do not deal with the Syrian government or entities or individuals designated as “terrorists”). Nevertheless, the Advisory seems to imply that most trade with Syria, whether or not conducted by US persons, may violate sanctions. Also of interest is the absence of a separate listing for Venezuela, which has been the target of a significant escalation of US sanctions over the past year and has been the focus of a crackdown on sanctions evasion.