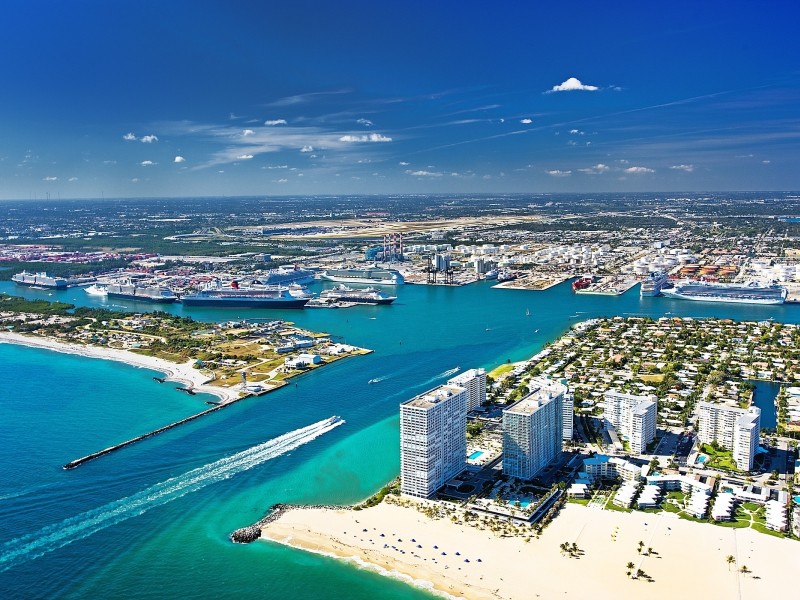 In normal times, the Port Everglades webcam constitutes a veritable, high-definition stream of activity. At any one time, viewers can be guaranteed a glimpse of huge cruise ships and tankers occupying berths and drifting down its navigation channels.

As the world’s third-largest cruise terminal, it is estimated that around 4,000 ships call at the port each year, generating more than $32bn in economic activity and providing 219,000 jobs in and around Fort Lauderdale and South Florida.

But thanks to Covid-19, shipping activity at Port Everglades has been markedly quieter this year. With the cruise industry having ground to a halt, regular visitors such as Royal Caribbean International and Carnival Cruise Line have not dropped anchor in months.

Cargo activity – usually around 25 million tonnes a year – has also tailed off, impacting negatively on its bottom line, meaning the port is unlikely to come close to the operating revenues of $170.7m it achieved in 2019.

Such setbacks, though, have not deterred the government of Broward County – Port Everglades’ owner – from pushing ahead with a new $1.6bn infrastructure improvement programme. As port deputy director Glenn Wiltshire announced in May: “Port Everglades has budgeted for several sizeable construction projects that are moving forward at a rapid pace with little disruption from the virus.”

So, what are these expansion projects set to be implemented over the next five years?

Front and centre of all of this is a $471m berth expansion – the largest infrastructure project in the port’s 92-year history. This will see new cargo berths added by extending the port’s existing turn-around area from 900ft to 2,400ft, as well as the installation of crane rail infrastructure for three new super post-Panamax cranes, able to accommodate up to 22 container units in width.