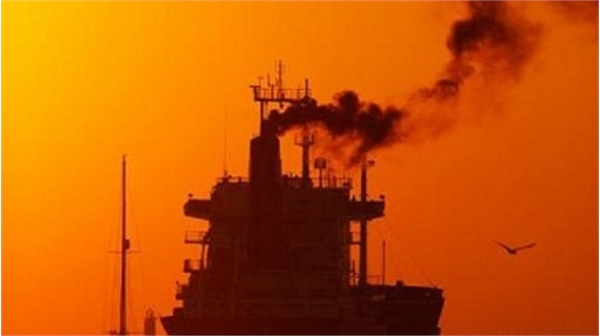 There’s hardly anyone buying new ships, with orders plunging to a 20-year low due to a potent combination of uncertainty over environmental regulations, the economic fallout from the coronavirus pandemic and a lack of financing.

“The IMO has brought in significant, ambitious and important targets around emissions,” said Clarksons Research’s managing director Stephen Gordon. It remains unclear the exact policies and regulations that might be introduced and what technology will be adopted, he said. Ships are long-term investments, and buyers run the risk that their vessels will become obsolete.

Read more on the green fuel future of shipping

The global shipping industry is in the midst of one of its biggest changes in a generation after stricter environmental rules kicked in at the start of the year. Ship owners face paying more for cleaner fuel, retrofitting ships with pollution-reducing scrubbers or even ordering new vessels. Compounding the uncertainty has been Covid-19, which has upended supply chains and stalled trade flows.

“Covid-19 has become the most immediate issue,” Gordon said. While challenges due to lockdown measures are easing, “the economic uncertainty, disruption to trade, and volatility in freight rates” caused by the virus are driving orders lower.

Demand growth for containers is expected fall this year due to Covid-19, according to A.P. Moller-Maersk A/S, which predicts a return to 2019 volumes in the early part of 2021. The world’s largest container line ordered only eight vessels in the second quarter, putting its orderbook-to-fleet ratio at 9.4%. Globally, the rate is about 8%, meaning orders for new ships are at a two-decade low, according to Clarksons’ Gordon.

“The virus is a further hit to demand that’s already barely even there,” said Rahul Kapoor, head of commodity analytics & research, maritime & trade at IHS Markit. “With the pandemic’s hit to economic activity and supply chains, ordering new ships is now the lowest priority for companies. They’re concentrating on just trying to maintain profit margins.” The virus has also delayed the completion of shipbuilding projects, he said.

Shipowners are also lacking the finances to make purchases, according to Ralph Leszczynski, head of research at shipbroker Banchero Costa & Co.

“Most shipping markets are coming from a relatively poor decade, 2009 to 2019, in terms of earnings so most shipowners do not have that much cash in their pockets,” he said. “External finance is also in short supply as banks are now largely steering clear off shipping after the defaults they suffered after 2008.”

That’s already translating to increasing costs for transporting goods by ocean liner, with one benchmark of trans-Pacific container rates more than doubling since late-May to a record. Bulk-carrier costs have also rebounded from a four-year low. Maersk, which idled about 20% of its capacity in April before gradually reinstating it in subsequent months, saw earnings beat estimates in part due to improved freight rates.

The offshore sector has seen demand for oil rigs and supply vessels hammered as energy prices remain low and there’s little interest in new exploration investments, said Leszczynski. It’s a “gamble” to purchase an oil tanker amid uncertainty over demand, he said. While oil consumption has grown in the past two decades, climate change mitigation efforts are spurring market expectations that appetite will decline.

While the coronavirus adds to short-term uncertainty, there’s a better medium-to-long term outlook. Qatar signed a deal in June worth around $19 billion with South Korean shipbuilders for more than 100 liquefied natural gas vessels, Maersk expects a progressive recovery in volumes and port operator DP World said it’s positive on fundamentals.

The shipbuilding sector is set to remain subdued for the next few years, with a revival possible eight to 10 years from now, said Leszczynski. Vessels built during the boom years of between 2007 and 2010 will require replacement, as most have a lifespan of about 20 to 25 years, he said.