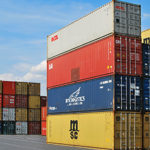 The report notes that global average D&D charges levied by container lines on customers two weeks after cargo were discharged from the vessel increased by 38% for standard-sized containers from $586 in 2020 to $868 in 2021. So far in 2022, average D&D charges by major ports have declined to an average of $664 per container by 26%, although fees remain far higher than pre-pandemic at around 12%.

“Throughout this pandemic, as shipping costs have soared and inflation has become a threat to the global economy, it has become critical for shippers to develop visibility into container operations to manage costs like Demurrage and Detention. China leads the world in maritime exports and even though it has some of the busiest ports in the world, they’ve ensured they are the most efficient – even during lockdowns.” said Christian Roeloffs, co-founder of Container xChange.

For Hong Kong, where the container congestion was the worst, there was a 105% hike in its D&D charges from $813. Hong Kong recorded a fall of 8.9% in its D&D charges, coming down to $1515. The trend reversed slightly, with D&D charges falling in some of the major ports but continuing to increase in Dalian, Ningbo, Qingdao, and Shanghai.

Yichang, Rugao & Zhenjiang in China are amongst the ports with the lowest demurrage and detention charges after two weeks.

“The main reasons for lower congestion in ports like Busan, Qingdao, and Port Kelang are higher port productivity combined with less COVID-19 restrictions. Furthermore, fewer imports were received in these ports, which have also fewer direct calls from the major shipping lines. This helped achieve better productivity. Port Kelang and Qingdao had equipment shortages during the pandemic, therefore, you can see fewer D&D charge occurrences. In addition, Busan is also one of the largest transhipment ports in Northeast Asia. And although its container capacity is the largest, a considerable proportion of its traffic is not destined to South Korea.”, commented Drewry, a shipping maritime research company.
Source: Container xChange