Ship owners have been upping their newbuilding contracting activity with more deals being reported after each passing week. In its latest weekly report, shipbroker Allied commented that “the impressive performance in terms of newbuilding orders continued for yet another week while the lion share of the market still belongs to the Containership sector. In terms of market share by shipbuilders for these units, the majority have been snapped up by Chinese shipbuilders, something that may soon be negatively affected by the surge in new Covid-19 cases that emerged during the weekend across several areas in China and could consequently lead to new lockdown measures in place relatively soon. At the same time, buying interest continues to also hold for Gas units, and in particular LNG units, with the Qatar LNG project further contributing and significantly increasing demand noted for fresh orders. At the same time, we continue to see sluggish demand for dry bulk and tanker units for yet another week, although we did see some activity emerge this week from Japanese shipbuilders for Handysize dry bulk units”. 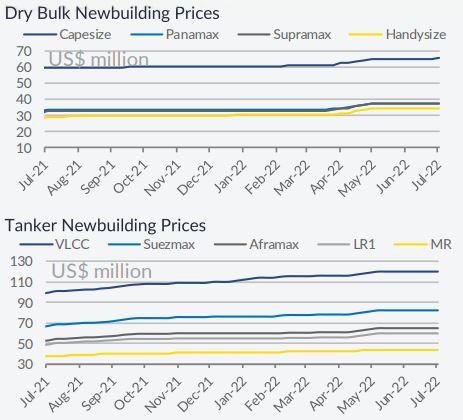 Banchero Costa added in a separate note this week, that “in the gas market an order for 8 x 174,000 cbm LNG carrier was placed by European owners at Hyundai Heavy, deliveries expected during 2nd half of 2026. Again at Hyundai, Capital Gas ordered 2 x 174,000 cbm LNG carrier, dely mid 2026, vessels are priced around $245mln each. Turkish owner Pasco Gas signed at Hyundai Mipo 1 + 1 x 40,000 cbm LPG carrier with delivery during 1st half of 2025. 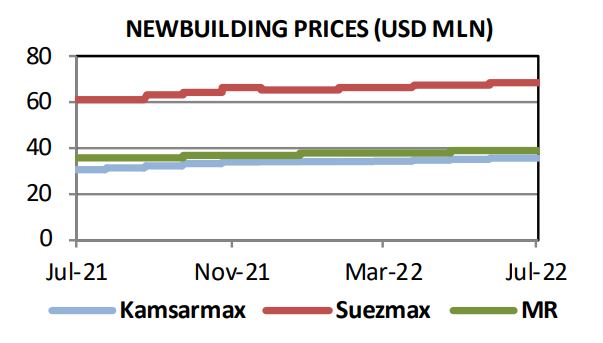 The vessels, to be dual fuel, are priced around $64mln each. In the container segment MTT, Malaysia, exercised options for three more 1,800 teu units at Penglai shipyard that will be delivered in 2024. MPC Container placed an order for 2 x 1,300teu carriers, methanol fuelled, at Taizhou Sanfu. Dely expected in 2024, price estimated around $39mln each”. 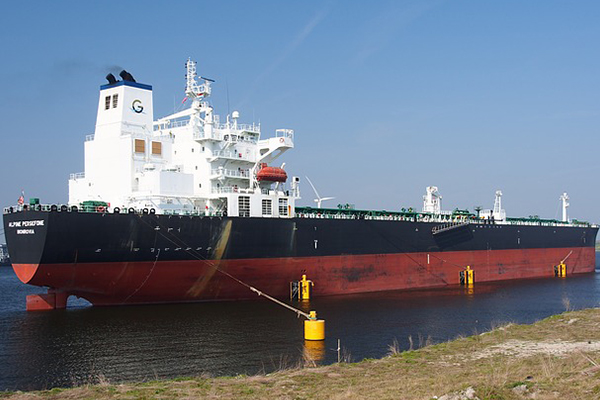 Meanwhile, Allied added that “on the dry bulk side, it was a rather strong week for the SnP market, given the firm number of transactions coming to light. For the time being, only the Capesize market remains sluggish in terms of activity taking place, that comes though, rather inline with the general volatility and periodical asymmetries noted in its respective freight rates. All-in-all, a lot will depend on the side of freight earnings, where a considerable pressure is currently in place, as to whether we are about to continue to see a fair volume taking place or not. On the tanker side, a modest flow of fresh secondhand deals appeared in the market as of the past week. At the same time though, activity was skewed in favour of the smaller size segments, somehow inline with the overall incremental recovery from the side of freight earnings. Hopefully, with many having already taken a more bullish stance, we can expect buying appetite to remain firm in the near term at least”, the shipbroker concluded. 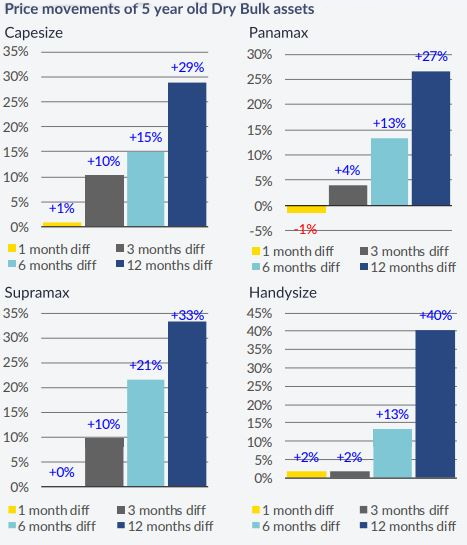 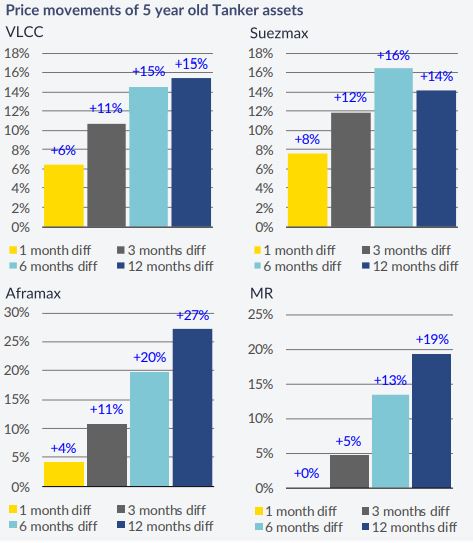 Similarly, Banchero Costa also noted that “a slightly quiet week for second hand activity, more focused on vintage tonnage. In the Supramax segment, according to marker rumours, the Mamaba Point 56,000 dwt built 2009 Mitsui (BWTS fitted) is sold to undisclosed buyers around $20.2/20.3 Mln. The Medi Bangkok 53,000 dwt built 2006 Imabari (BWTS fitted) is reported sold with a short BBHP structure at a comparable level of about $17.5 Mln. 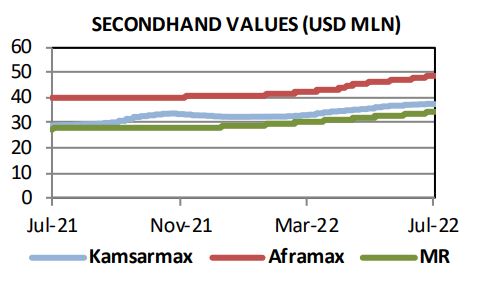