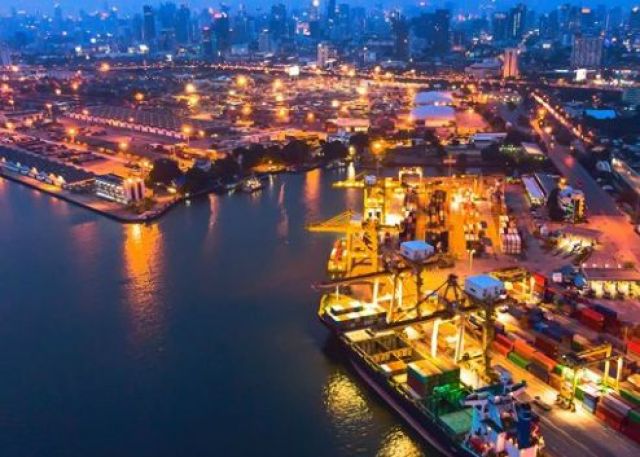 But no sooner did the new rules kick in than market participants had to urgently confront a collapse in crude oil prices and obstructed tradeflows, as the world was gripped by the deadly effects of the coronavirus pandemic, and lockdowns and social distancing became the new norm.

“IMO 2020 has got lost somewhere. But that’s how shipping is. There’s always something around the corner,” a shipbroker said.

Alternative fuels are also a solution but their reach still remains limited, with very low sulfur fuel oil (VLSFO) emerging as the chief marine fuel choice. Refiners adjusted their crude slate accordingly, and suppliers increasingly invested in storage and barge infrastructure to boost availability of such fuels to quench the shipping sector’s thirst.

VLSFO blends have risen to the forefront despite some initial concerns about a drastic escalation in bunker fuel quality issues worldwide due to their use, particularly related to sediment and sludge formation, cold flow properties and stability.

Rising VLSFO consumption comes even as some environmental groups have said that VLSFO blends with high aromatic content contribute to significant black carbon emissions and should therefore be banned as their consumption is detrimental to the environment.

With some of the challenges of IMO 2020 still not fully resolved, the plunge in crude oil prices has come as a rude shock to many, with demand destruction hitting players in the oil and bunker industry hard.

OPEC expects global oil pandemic demand destruction of 6.8 million b/d year on year in 2020 to 92.82 million b/d, with April seeing the largest downturn at about 20 million b/d, according to the organization’s April monthly oil market report.

Still, oil output from Saudi Arabia is expected to remain elevated, when there is no such real requirement on the consumption side.

“We are heading for a period of massive supply-demand imbalance, where the oil supply is high, but major economies are in lockdown. With land-based oil storage potentially approaching full capacity fast, it is limited how much additional oil can be imported,” BIMCO, the world’s largest international shipping association, said in a statement recently.

Risk-loving oil traders have already time chartered VLCCs for floating storage, either because they could not sell and had no option but to store cargoes, or in anticipation of higher returns in coming months.

To cater to IMO 2020 demand, there are companies that have also been stockpiling low sulfur fuel oil (LSFO) material, both on landed tanks and on floaters, reflecting the steepening contango in the LSFO market in major bunkering hubs such as Singapore.

But floating storage will also eventually run out if the contango remains supported, sources said.

“It’s like you have a sick man already and you punch him in the stomach,” a shipowner said explaining the predicament of some players in the industry.

Meanwhile, some trading and oil companies with huge exposures to VLSFOs and inappropriate bunker fuel hedging tools are getting hurt, while shipowners who opted for scrubbers as an IMO 2020 compliance solution for their vessels are contending with the prospect of poor payback economics as the price difference between 3.5% and 0.5% bunker fuel has narrowed dramatically.

Last year, some industry sources estimated the VLSFO-HSFO spread would shoot up and remain elevated, well over the $300/mt mark for a sustained period of time in 2020.  But that has certainly not played out.

“I never really expected this kind of VLSFO-HSFO spread,” another shipowner source said.

“If you don’t have good processes in place, you will be in trouble,” a credit risk manager said, adding that banking was also putting a “circuit breaker” on lending, particularly after the Hin Leong debacle, amplifying the devastation.

A case in point is Singapore’s embattled Hin Leong, which recently became the subject of an investigation by the Singapore police force for its conduct, or rather, misconduct.

The investigation came after Hin Leong’s managing director Lim Oon Kuin, or OK Lim, and his son and company director Lim Chee Meng said in two separate court filings for bankruptcy protection dated April 17 that the company suffered about $800 million in futures losses over the years that were not reflected in the financial statements.

OK Lim said in one filing that payments made by Hin Leong Trading or HLT to satisfy margin calls for derivatives losses were reflected as “accounts receivables” and he had given instructions to the finance department to hide the losses and told them that he would be responsible if anything went wrong.

“Further, over the years, HLT had, on my instructions, sold a substantial part of the inventory and used the proceeds as the general funds of HLT, even though the inventory was the subject of inventory financing provided by bank lenders,” Lim said.

Ongoing developments at Hin Leong, which came to the limelight as banks grew impatient to recover their loans from the company amid the coronavirus pandemic, have had huge repercussions.

The situation has driven the Maritime and Port Authority of Singapore, Monetary Authority of Singapore and Enterprise Singapore to issue a joint statement in April saying that the country’s oil trading, bunkering sectors and banking system remained resilient despite the challenges posed by a drop in global demand for energy as well as developments related to HLT.

Hin Leong’s subsidiary, Ocean Bunkering Services, was Singapore’s third-biggest accredited bunker supplier by volume in 2019, and the biggest in 2018, according to MPA. OBS was heard to have cancelled all its bunker spot sales for delivery from April 18 onwards.

As the HLT situation unfolds, two new players – Minerva Bunkering and TFG Marine – have been granted bunker suppliers’ licenses in the Port of Singapore last month and are likely to play a pivotal position in filling the void.

Still, the industry remains anxious, as conditions in the world’s largest bunkering port are ripe for consolidation, including exits, sources said.

“IMO 2020 was challenging enough and now there are other issues,” a bunker supplier said. “But it’s going to be okay as long as you can sit in the game long enough.”

In the end, the words of Winston Churchill might resonate with many, given the current circumstances.

“Success is not final; failure is not fatal: it is the courage to continue that counts.”