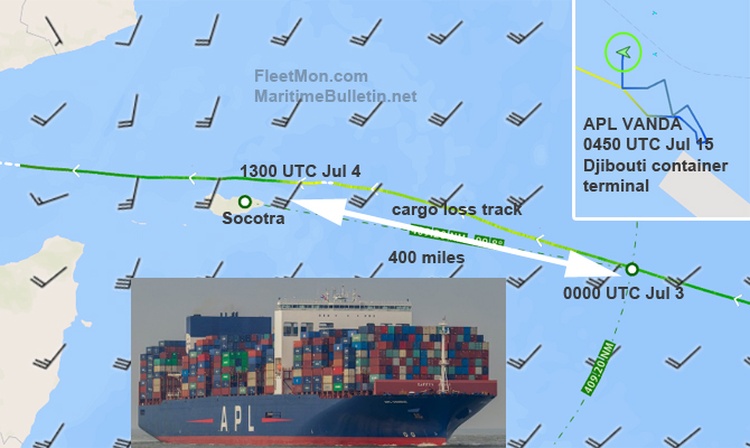 Container ship APL VANDA according to numerous reports, suffered loss of containers sometime between Jul 3 and Jul 5 in Arabian sea, while en route from Singapore to Southampton via Suez. The ship had to interrupt voyage and arrived at Djibouti Anchorage on Jul 6, on Jul 15 she moved to port, at 0440 UTC Jul 15 she was in process of berthing, assisted by tugs.
There’s a monsoon season in Indian ocean now, with more or less regular rough seas, mostly not classified as storm. According to ship’s track, container loss if that’s what happened, took place somewhere east of Socotra in 400-nm radius zone,
There was no alert on containers drifting in the area of alleged loss, but if there was major loss, there should be, undoubtedly, drifting hazard warning. Either number of lost containers is small, or it was something else, maybe stacks collapse.